Just a few weeks remain for the parliamentary elections but the government seems completely far from assuming any role in conducting events and political interactions in the country. There is a total absence of the “government play-maker”, while players outside the current government formation have emerged from former poles and potential polar projects, reports Al-Qabas daily.

This is happening at a time when the government, on such occasions, used to mobilize all its forces and charge all its energies in order to participate and control the drawing of a map of the parliamentary scene for establishing the equation of the relationship between the legislative and executive powers throughout the years of the parliament’s life.

The governmental absence is not a choice; rather, it is the result of a number of circumstances and reasons that created a state of vacuum which is occurring for the first time in Kuwait’s political history and will inevitably lead to a new form of outcomes of the parliamentary elections. The nature and style of His Highness the Prime Minister Sheikh Sabah Al-Khaled is based on discipline and legal commitment.

This contradicts the usual governmental behavior, and has led to the fragility in the position of parliamentarians and candidates allied with the government and those affiliated with its parliamentary bloc, especially after the cutting off of the revenues of government transactions and services that used to support them in the electoral campaigns and formed part of the votes that they got in previous times. This is happening in light of a popular critical mood that is indignant about the prevailing conditions, feeding on the fragility of government performance, and extending to the shocks of the successive corruption scandals that have rocked the country.

Departure
Moreover, the departure of the “active players” from the government formation and the inability of any of the government leaders to compensate for this absence have left the government’s allies alone without any shields or support in the face of a fierce election battle for the parliament, which may be the most important in Kuwait’s parliamentary history.

On the other side, the other camp, which has a heterogeneous mix of real opponents and MPs who anticipate the street along with MPs allied with members from the ruling family, seems to seek to limit the government machine and reduce its interference in the elections to its lowest levels and standards in order to reduce the area of government influence in the next elections.

This endeavor was evident in the repeated targeting of the minister of interior and bombing him with two successive interpellations, as well as the escalation of the political pressure on him to besiege him and temporarily paralyze his ability to move in event creation.

This makes him cautious in participating or contributing publicly to a role in the elections and preventing him from using the huge capabilities of the Ministry of Interior in the service of the electoral machine for government allies. It is a ministry that usually raises the candidates’ fortunes during election events and likely their luck in the elections.

Nevertheless, the opposition camp was not satisfied with correcting the minister of interior, but rather followed him by targeting His Highness the Prime Minister with an interpellation intended to dissuade him from any thought about joining the electoral process, and that he, who lacks representative cover, is not immune from interpellation. So far, it seems things are going to leave the electoral process hostage to what will result in the expected battle of the poles. 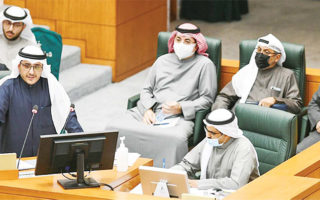 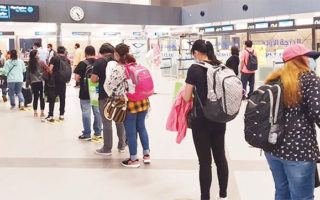 ‘Grave-diggers, corpse washers among 5% expats only working in Municipality’.

Kuwait airport comes back to life with departure of 4,475 expats

‘Jobs of employees under threat’. 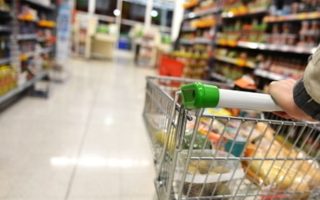