The Municipal Council Members have unanimously agreed on the need to develop the means of mass transportation in Kuwait to reduce traffic congestion in the streets, while finding new strategies that can be implemented and applied that support the proven and currently implemented solutions of building bridges, tunnels, etc., stressing that “the idea, if implemented, will succeed, but the matter needs seriousness, especially with recommendations in this regard within the fourth structural plan of the state,” reports Al-Rai daily.

In exclusive statements to the daily, the members called for launching awareness campaigns and motivational projects and unique monthly and annual discounts, through which people are urged to use public transportation instead of private cars, in order to reduce congestion and preserve the environment to reduce pollution emissions that result from traditional vehicles. The deputy head of the Municipal Council, Khaled Al-Mutairi, confirmed that the traffic congestion problem index is moving upward, and it is an existing crisis that increases with the increase in the population, and automatically with the increase in the number of cars, pointing to the inability of Kuwait’s streets to absorb, and the inability to keep pace with the development of most streets.

Quick solutions
He added that bridges and tunnels are one of the quick solutions that contributed to easing congestion and ease of movement between areas of Kuwait and pointed out that the metro and railways can be considered among the most important modern means to end the specter of traffic congestion, reduce accidents, in addition to developing the “smart” mass transit system in order to cover the diverse needs of citizens, shorten distance and time, and ensure the smoothness of roads.

Munira Al-Amir, a member of the Municipal Council, confirmed that mass transit, in its current situation, needs to be developed to upgrade it to the desired level, which contributes to reducing several crises, especially traffic congestion. general. Engineer Abdullatif Al-Daei, affirmed that in the event of concerted efforts, and taking matters seriously, the idea of mass transportation in Kuwait will certainly succeed, especially since there are recommendations in this regard within the fourth structural plan of the state, pointing out that this issue will solve many problems. problems at a lower cost, and it will also affect the quality of life, especially since the provision of mass transportation for citizens and expatriates at a high level will eliminate overcrowding.

Member Abdullah Al-Enezi explained that public transportation is efficient in cities, and can be used to solve many traffic jams if applied in a correct engineering and awareness way. The cost of public transportation is reasonable when compared to the cost of parking a car, so the idea of mass transportation is a successful In many countries, and certainly it will succeed in Kuwait, if many of the previous mistakes are avoided, for example, mass transportation must be equipped with all modern means to attract many of its users and have specific waiting sites equipped with possible amenities. For example, it can be launched Awareness and motivational projects and unique monthly and annual discounts that encourage people to use public transportation instead of private cars, in order to reduce congestion and preserve the environment to reduce pollution emissions that result from traditional vehicles.

Return to normal life after corona to be discussed

CITRA cancels all work exemptions, to go with ‘fingerprint attendance’. 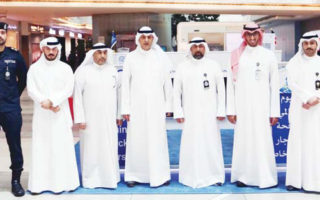 6,848 stranded passengers arrive back to Kuwait. 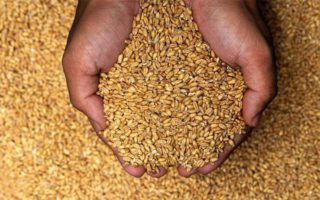 Kuwait will ask India to exempt it from the wheat export ban.