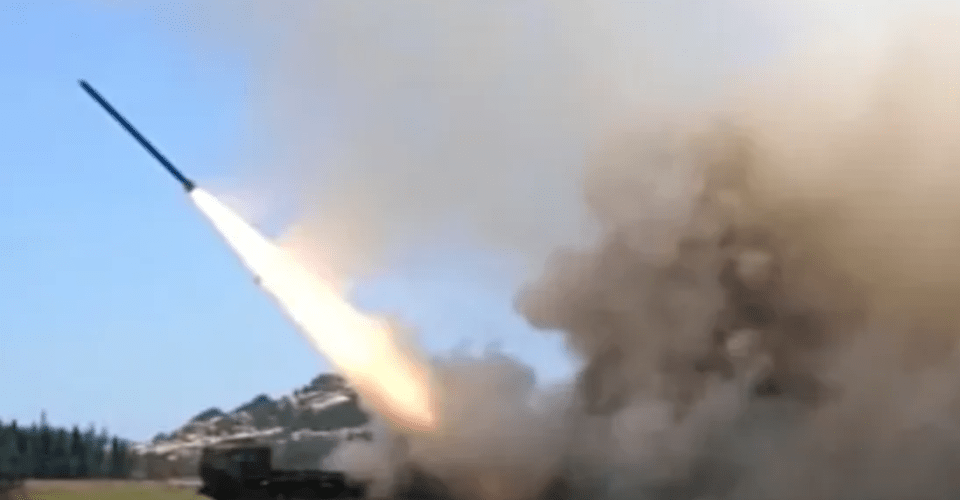 Tension around the self-ruled Taiwan soared to unprecedented levels on Thursday after the Chinese military fired ballistic missiles on the waters around it amid intense live-fire exercises as the People’s Liberation Army (PLA) encircled the island from six directions, blocking it from the sea as well as air.

The Chinese military did not share details but reports from Taiwan said among the missiles fired were PLA’s nuclear-capable Dongfeng.

The PLA’s drills, ongoing from Tuesday night, intensified on Thursday noon as Beijing continues to fume over US House Speaker Nancy Pelosi’s visit to Taipei earlier this week.

China claims the democratically-ruled Taiwan as its own territory and has not ruled out the use of force to merge it with the mainland.

A Chinese media report said the ongoing drills, the largest ever around the Taiwan Strait, is part of a “rehearsal” for the reunification process.

Reports from Taiwan said its armed forces had gone on full alert and had upgraded their combat readiness.

The Taiwanese military closely monitored the path of the Dongfeng missiles soon after they were fired by the PLA’s eastern command’s rocket division.

China’s state broadcaster CCTV announced the start of the drills on Thursday, adding that the exercises would end at 0400 GMT on Sunday.

The exercise, led by the navy and air force, would include live firing on the waters and in the airspace surrounding Taiwan, the CCTV report said.

“Video clips taken by netizens soon circulated on social media showing that long-range rockets were fired from Pingtan, eastern China’s Fujian province, only 125 kilometres away from the island of Taiwan,” the state-run tabloid, Global Times reported.

This means that the missiles, likely fired from the Chinese mainland, have flown over the sky above Taiwan, anonymous observers told the tabloid.

Neither the military nor Chinese state media have so far revealed how many warships and fighter jets have been used or the strength of the artillery or ground forces deployed.

The PLA announced that “relevant sea and airspace control off the eastern coast of Taiwan island” were lifted after the missile drill.

The PLA has also sent an aircraft carrier group featuring at least one nuclear-powered submarine to the ongoing drills around the island of Taiwan for its first carrier deterrence exercise, an expert affiliated with the PLA told Chinese state media on Thursday.

In Beijing, Chinese foreign ministry spokesperson Hua Chunying said China will no longer arrange a meeting between Chinese and Japanese foreign ministers on the sidelines of the Association of Southeast Asian Nations (Asean) events in Cambodia.

The Chinese side is strongly displeased with the joint statement put out by G7 nations – including Japan – about Taiwan, Hua said at the ministry briefing on Thursday, adding that Tokyo has no right to make irresponsible remarks on Taiwan. 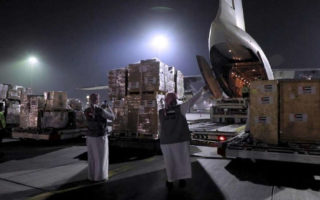 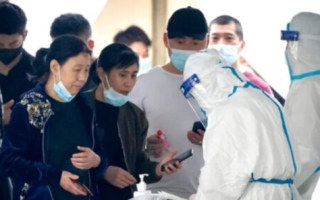 US warns of ‘specific, credible threat’ near Kabul airport.