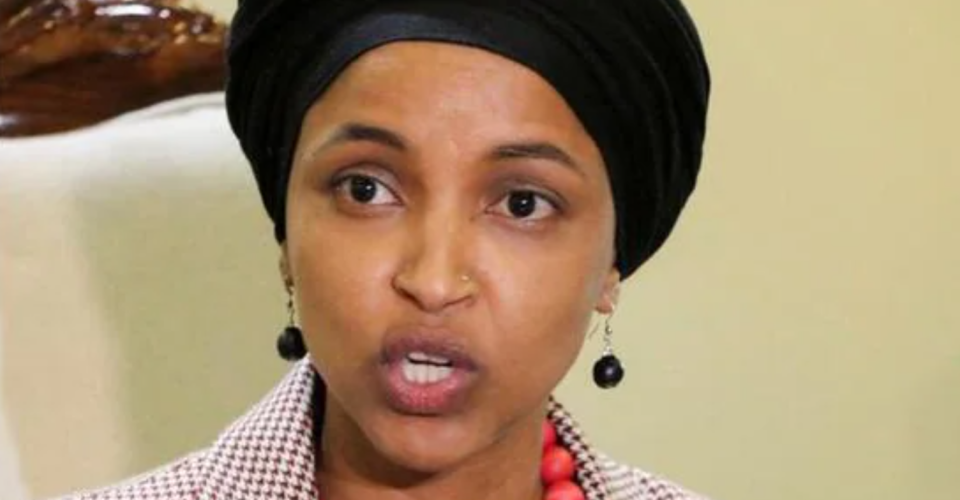 Ilhan Omar, a politically controversial Democratic Congresswoman from Minnesota, has introduced a resolution in the United States (US) House of Representatives condemning India’s alleged human rights record and ‘violations’ of religious freedom, “including those targeting Muslims, Christians, Sikhs, Dalits, Adivasis and other religious and cultural minorities”.

Expressing “grave concern about the worsening treatment of religious minorities in India”, the resolution calls on the Secretary of State to designate India as a “country of particular concern”, a recommendation also made by the US Commission on International Religious Freedom (USCIRF).

The introduction of the resolution does not mean it will be taken up for active consideration, or passed.

Omar, a Somali-American who has in the past taken a critical position against India, visited Pakistan, including Pakistan-occupied Kashmir, in April 2022.

In response, the ministry of external affairs (MEA) said, “We have noted that US Representative Ilhan Omar has visited a part of the Indian Union Territory of Jammu and Kashmir that is currently illegally occupied by Pakistan. If such a politician wishes to practice her narrow-minded politics at home, that may be her business. But violating our territorial integrity and sovereignty in its pursuit makes it ours. This visit is condemnable.”

There are three co-sponsors of the resolution. Among them is Rashida Tlaib, a Palestinian-American Congresswoman from Michigan who, along with Omar, is part of a grouping popularly called ‘the Squad’, a Left-wing cohort within the Democratic Party. Both are the first two Muslim women to be elected to the House.

Another co-sponsor is Jim McGovern, a Congressman from Massachusetts, member of the Democratic progressive caucus in the House, and also the co-chair of the Tom Lantos Human Rights Commission, a bipartisan caucus of the House.

The third co-sponsor is Juan Vargas, a Congressman from California who, after college, joined the Jesuits working in El Salvador, served in the California State Senate, and got elected to the House in 2012.

The resolution has now been referred to the House Foreign Affairs Committee (HFAC), which will determine whether to consider it, and then whether to forward it to the full House. If not taken up till the end of the House term — elections to the new House will be held in November — the resolution will lapse.

When critical resolutions on India’s record in Kashmir, including one by influential progressive Democratic Congresswoman Pramila Jayapal, were introduced in 2019, HFAC did not consider it and forwarded it to the House, thus bringing an end to the legislative push when the term of the House ended the following year.

According to the rules of the committee on foreign affairs adopted in February 2021, “Except in extraordinary circumstances, a bill or resolution originating in the House of Representatives that contains exclusively findings and policy declarations or expressions of the sense of the House of Representatives or the sense of the Congress shall not be considered by the Committee or a subcommittee unless such bill or resolution has at least 25 House co-sponsors, at least 10 of whom are Members of the Committee.”

The rules also add that the chairman of the committee — currently Gregory P Meeks — will decide what constitutes as “extraordinary circumstances” after consultation with the Ranking Minority Member — the senior-most Republican in the committee, Michael McCaul — and other members, as the chair deems appropriate.

Given the procedural limitations of Omar’s resolution (it does not have 25 co-sponsors, is not co-sponsored by any member of the HFAC, does not emanate from within the committee or from any of its subcommittees), the larger strategic and political relationship with India (HFAC itself has spoken of the importance of ties with India), and given the timeline (with only a few months remaining in the tenure of the current House), the Congresswoman’s move will have to cross several obstacles before it is taken up.

A house resolution, even if passed, is not bound by law, but only provides a collective sense of the legislative chamber.

Substantively, the resolution relies largely on USICRF’s 2022 report, which claimed that in 2021, “the Indian government escalated its promotion and enforcement of policies —including those promoting a Hindu-nationalist agenda — that negatively affect Muslims, Christians, Sikhs, Dalits, and other religious minorities”.

India has, in the past, rejected the USICRF’s reports. When it recommended the designation of India as “a country of particular concern” in 2020, the MEA called the report’s observations as not just “biased and tendentious”, but also “misrepresentation reaching new levels”. “We regard it as an organisation of particular concern and will treat it accordingly,” India said at the time.

Omar’s resolution cites USICRF 2022 report to allege that the Indian government has continued to “systemtize its vision of a Hindu State…hostile to the country’s religious minorities”. It alleges that laws such as the Unlawful Activities (Prevention) Act and the sedition law are being used to create a climate of fear and intimidation, specifically mentioning the cases of the late Jesuit priest and activist Stan Swamy, and arrested Kashmiri activist Khurram Parvez as “emblematic cases” of the government’s “repression of religious minority leaders and voices for religious pluralism”.

Using the same report, the resolution refers to the “criminalizing, harassing and repressing of interfaith couples and converts from Hinduism to Christianity or Islam”; risks from the Citizenship (Amendment) Act and the National Register of Citizens to Indian Muslims; increasing ‘attacks’ on religious minorities and their places of worship, businesses, homes, and houses of worship.

It goes on to allege that a third of Indian Muslims reported discrimination in Indian hospitals during the pandemic, citing an Oxfam report quoted by the USICRF. The resolution alleges that during the farmer protests, government officials made efforts to paint Sikh protesters as “terrorists and religiously motivated separatists”.

The resolution also refers to the US State Department’s annual report on international religious freedom, released on June 2, as outlining violence or threats of violence against Muslims and Christians, and Secretary of State Antony Blinken’s statement that there have been “rising attacks on people and places of worship”.

In response to the state department’s report, the MEA said, “It is unfortunate that vote bank politics is being practiced in international relations. We would urge that assessments based on motivated inputs and biased views be avoided.”

The statement added that “as a naturally pluralistic society”, India valued religious freedom and human rights. “In our discussions with the US, we have regularly highlighted issues of concern there, including racially and ethnically motivated attacks, hate crimes and gun violence,” the MEA said. 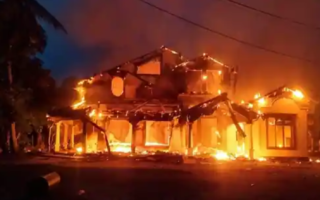 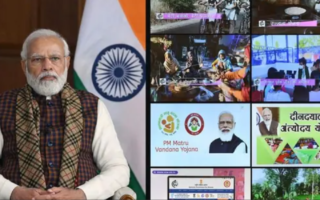