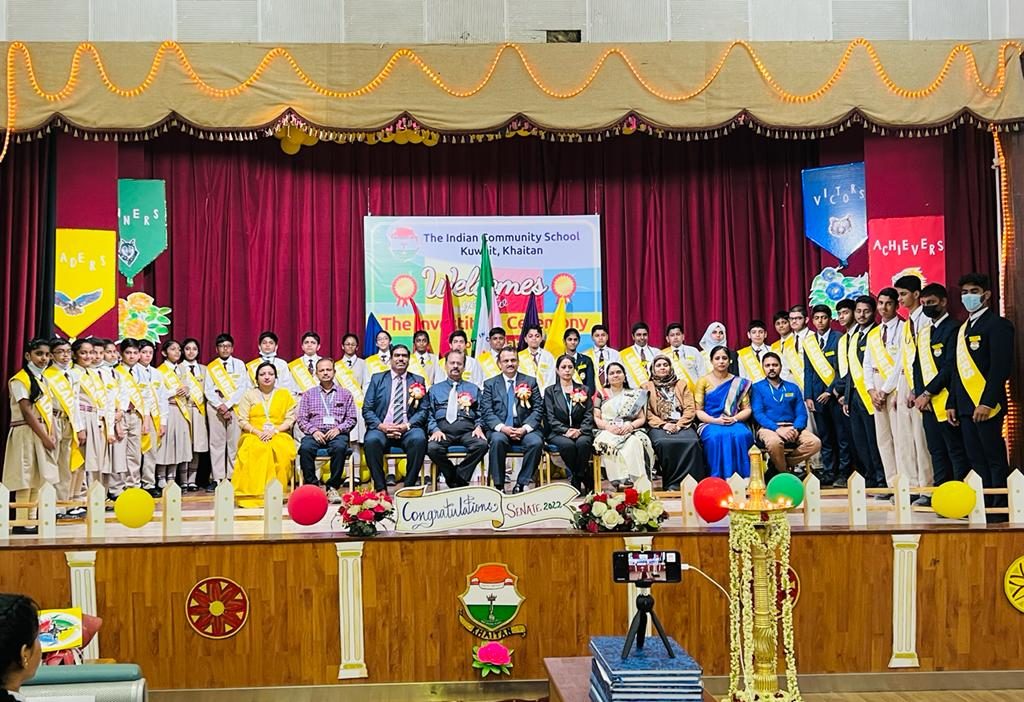 It has become quite customary at ICSK Khaitan to conduct senate election by providing a platform to its students to practice democratic values and inculcate leadership qualities in order to mould them to be more responsible citizens of tomorrow. The Investiture Ceremony of The Indian Community School Kuwait, Khaitan for the academic session 2022-2023 was held in the school auditorium on June 7th. The programme commenced with the handing over of the school and house flags to the newly elected senate members by the Chief Guest, Dr. Amir Ahmed K, President of the Indian Doctors Forum and Mr. Agnello Fernandes, joint secretary to the Board of Trustee. It was superseded by a majestic march past to the school auditorium by senate members, house captains, assistant house captains and class prefects. ICSKians went to the polling booth on 2nd June 2022 to cast their valuable votes to elect their leaders for the new academic year. Voting for the school senate election went on peacefully in a disciplined and democratic manner. 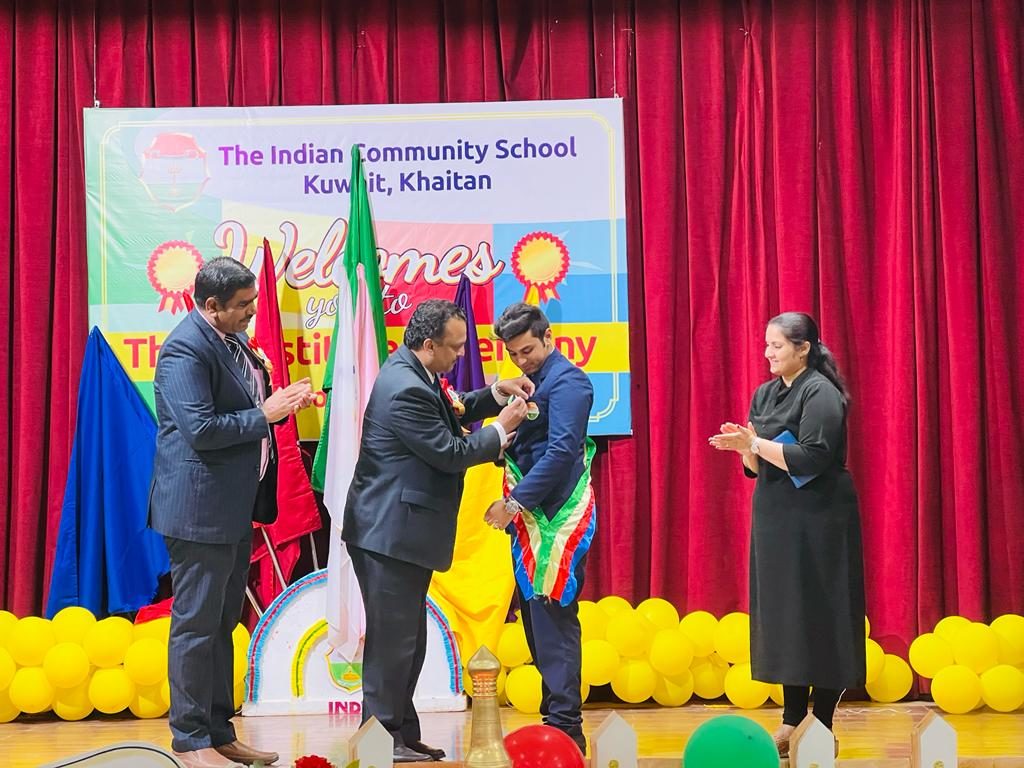 The ceremony was graced with the soulful recital of verses from the Holy Quran and its translation, followed by Kuwait and the Indian National Anthems. The chief guest, Dr. Amir Ahmed K, Mr. Agnello Fernandes, and the Principal conjointly lit the ceremonial lamp. The Principal, Mr. K. Gangadhar Shirsath, welcomed the grandiose gathering. He reminded the young generation to don the mantle of leadership, not to be carried away by power but to be conscientious in their actions and set a role model for a world where they should be followed by heart and not by authoritative fear and order. The chief guest invested the newly elected senators by adorning the badge of responsibility to them. Junior senators were festooned with badges by Mr. Agnello Fernandes. He urged the elected senators “to imbibe and implement the democratic values and to lead the country to another level when they receive the stewardship in future”. 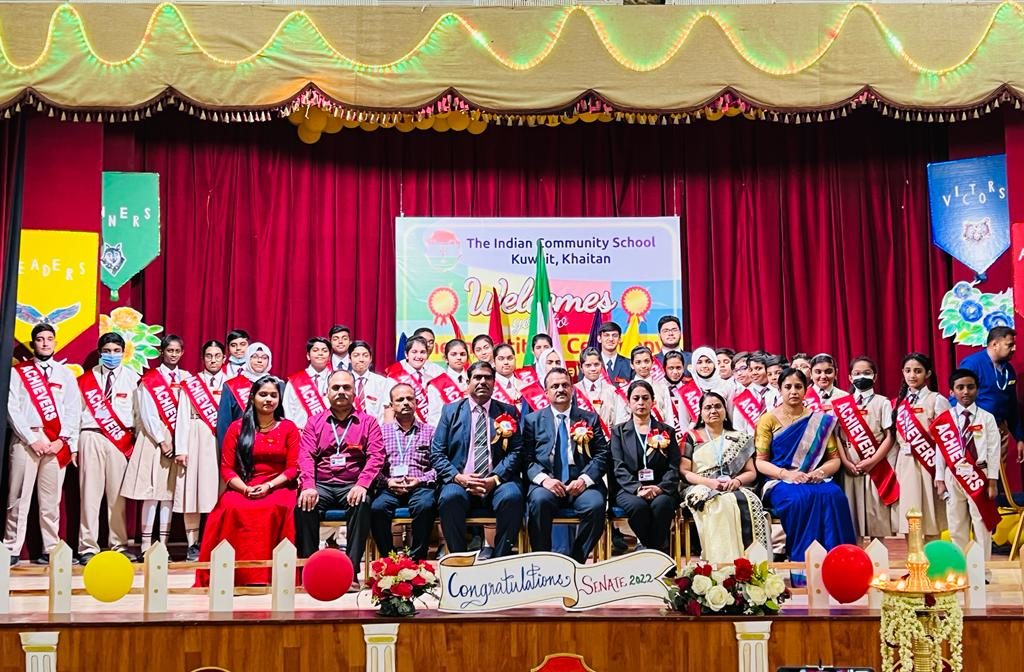 The oath of the house was administered by the Vice Principal, Mrs. Sushmeeta Prakash, wherein the office bearers and class prefects of Leaders, Victors, Achievers and Winners houses pledged to dispense their duties to the best of their abilities and work in sync with the mission of the school. The pride and sense of dedication in their voices were palpable. The crowd was left mesmerized, heeding to Senators’ melodic rendition of “Hum Honge Kaamyaab”.  The chief guest, Dr. Amir Ahmed K., was felicitated by Mr. Agnello Fernandes on behalf of the school management. In his motivating and thought-provoking speech, he exemplified great leaders like Martin Luther King Jr., who prioritized “character” over “colour of the skin”, and the “People’s President”, Dr. A.P.J Abdul Kalam, for his simplicity. He congratulated the new office-bearers and expressed his best wishes to them. 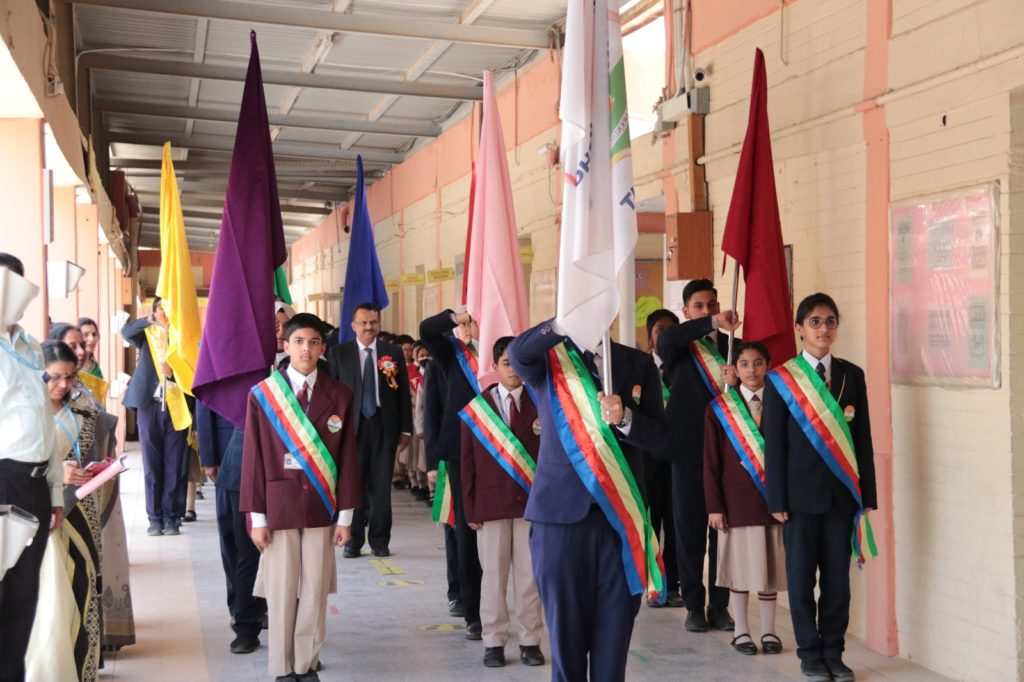 The class prefects of various houses were felicitated with badges by respective house mentors. Students of ICSK enthralled the gathering with a scintillating dance performance. The school held the ceremony with great zeal and zest. The school management wholeheartedly extolled the entire team for their persistent efforts in making the investiture a grand success and boded their support for future endeavours. Parents appreciated the school for acknowledging the budding young leaders and always taking one step ahead in promoting ‘avant-garde’ in education.

The newly elected President, Master Manav Muraleedharan, expressed heartfelt gratitude on behalf of the elected senate. Kelvin Sibi, Hiba Sajjad and Mehek Waleed Parker were the emcees of the most eventful day. 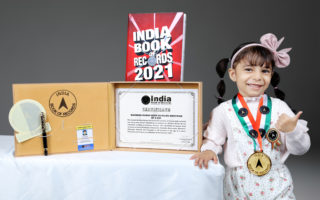 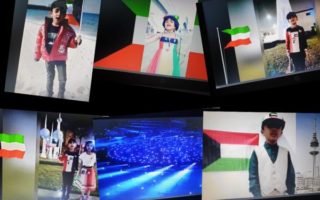