Israeli media reported Thursday that the so-called Supreme Planning Council in the Israeli Civil Administration has approved the construction of 3,988 new settlement units in the West Bank. The Israeli Arabic-speaking channel (I24) website said that the council had approved all 25 plans to build thousands of settlement units. Moreover, the Minister of Defense Benny Gantz announced his intention to advance the plan last week. The Israeli media announced last week that units would build in West Bank settlements. According to the (i24), the Israeli government has received criticism from the right against reducing the number of settlement units.

Meanwhile the European Union Thursday “condemned and deeply deplored” today’s approval Israel of plans for advancing over 4,400 housing units, further expanding illegal settlements across the occupied West Bank, as well as the retroactive approval of three illegal outposts. EU High Representative Josep Borrell in a statement urged “Israel to reverse such decisions, which run counter to international law; directly threaten the two state solution; and are completely inconsistent with efforts to lower tensions.” The EU foreign policy chief called on both parties to work on ways to prepare the ground for the necessary resumption of a political process without which there will be no real peace and security for Israelis and Palestinians alike.

PM Modi skeds a high-profile visit to France after India-EU Summit in Portugal. 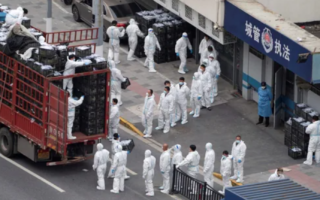 Shanghai to allow parents to stay with Covid-infected kids.

10 injured in blast at steel factory in Maharashtra’s Jalna.