According to informed sources, there are expectations of an increase in the unemployment rate among young people in the future, especially with the Ministry of Finance’s instructions to government agencies to adhere to a fixed number of employment in the budget preparation draft, and during its implementation, within the policy of facing the lack of liquidity, reports Al-Qabas daily.

The sources explained that these instructions will reduce the capabilities of the government agencies in attracting national cadres, creating job opportunities and employing young people throughout the fiscal year, as is currently the case. The direction taken by the Ministry of Finance will curb the flexible procedures for appointment and the daily nomination system to work in government agencies. These measures, which were approved in recent years, have contributed to reducing the number of job seekers from 16,000 to only about 7,000 within five years.

MOH suspends granting leave to its employees until Feb end.

‘Al-Sultan has no vision for future of education’.

‘No change in flights schedule’. 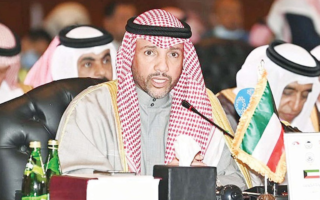