MPs Hassan Jawhar, Abdullah Al- Mudaf, Saleh Zeib Al-Mutairi, Hamad Rouhaldeen and Bader Al-Mullah submitted a proposal to establish Kuwait International University for Medical Sciences. The MPs pointed out that the suggested university will help provide the required medical manpower. Meanwhile, reacting to the statement of former MP Saleh Ashour who wondered what the Arabs have given to Lebanon compared to Iran that contributed to the establishment of two power plants, MP Osama Al-Shaheen said this is unacceptable. He called on Ashour to stop cleaning the face of Iran while acting against the interests of Arabs. He highlighted the fact that Kuwait supplied 820 tons of commodities on board 18 airplanes to Lebanon after the explosion of Beirut Port.

Commodities
MP Bader Al-Humaidi submitted a proposal to add Algeria, Tunisia and Jordan to the list of countries where the Ministry of Education could recruit teachers. He explained this proposal is aimed at filling the vacant teaching posts in the ministry. MP Marzouq Al-Khalifa submitted a bill to establish a shareholding company named, ‘Kuwait National Stores Company’. According to the bill, the government will establish the company within six months after the enforcement of this bill. The company will provide different services such as storing, transportation, distribution and custom clearance in line with Islamic Sharia.

The shares will be distributed as follows: 24 percent for the government and its subsidiaries and 50 percent for public subscription to the citizens. In case the 50 percent shares allocated for citizens are not exhausted, the remaining part of the shares will be sold through public auction. Retirees can obtain shares through the Public Institution for Social Security (PIFSS), which will buy the shares on their behalf and will collect the money by cutting installments from their pension. The remaining 26 percent will be sold in a public auction to national and foreign companies, except Agility Logistics Company. On the other hand, MP Abdullah Al-Turaiji forwarded queries to Minister of Information and Culture and Minister of State for Youth Affairs Abdulrahman Badah Al-Mutairi about the monuments stolen from Kuwait Museum. He wants to know if the Ministry of Interior was informed about the crime. If yes, he requested for a copy of the recorded call reporting the incident and the relevant case number. He asked if the fingerprints in the crime scene were lifted, if the Criminal Investigation General Department checked the surveillance cameras, if some employees have been suspended, if the Interpol was supplied with pictures of the stolen monuments, value of the stolen monuments, if there are some individuals suspected of being involved in the case, if the ministry has conducted investigation through a fact-finding committee and copy of the committee’s report in this regard.

MP Osama Al-Shaheen asked the education minister why the ministry did not develop the special needs schools and if there is a plan to establish additional special needs schools. MP Osama Al-Menawer forwarded queries to State Minister for Municipality and Housing Affairs and Urban Development Shaya Abdulrahman Al-Shaya about the employees at the Ministry of State for Housing Affairs and Urban Development and Public Authority for Housing Welfare who have been granted excellent performance bonus since Jan 1, 2021 till date. He wants to know the conditions for receiving this bonus and list of employees who have obtained the bonus even if they have been appointed for just less than one year. MP Fayez Al-Jomhour forwarded queries to Minister of Education Ali Fahd Al-Mudaf about the reasons behind signing 13 contracts valued at KD 985,000 for repairing and maintaining of air conditioning units with one company; without obtaining approval from monitoring institutions like the State Audit Bureau (SAB) and Central Agency for Public Tenders (CAPT). He demanded for copies of these contracts and asked why the project was not floated through a public tender. He inquired if the ministry has deliberately divided the contracts into smaller ones in order to circumvent the condition to obtain approval from monitoring institutions

Queries
MP Thamer Al-Suwait forwarded queries to Minister of Public Works and Minister of State for Communication and Information Technology Affairs Rana Al-Fares about the criteria for appointing senior officials in supervisory positions at the Ministry of Public Works. He asked if letters on assigning some employees to supervisory positions were issued in violation of regulations laid down by the Civil Service Commission (CSC). He wants to know the reason behind the delayed issuance of the organizational structure at the Ministry of State for Communication and Information Technology Affairs, comments of monitoring institutions on the new organizational structure, particularly regarding the financial issue.

Imprisonment and fine up to 10,000 KD for breaking curfew.

Ministry of Education seeks to employ cleaners in two shifts.

60% of ‘waste’ materials on the beaches is plastic.

Employee rights, workers’ compensation will not be harmed 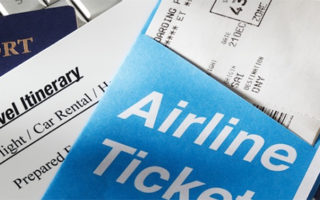 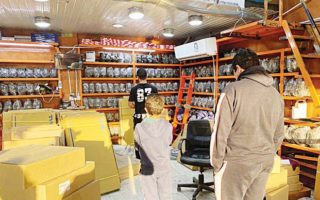