KCCI warns of record rise in prices of many goods, services.

In a letter addressed to His Highness the Prime Minister Sheikh Sabah Al-Khaled Al-Hamad Al-Sabah, the Chairman of the Kuwait Chamber of Commerce and Industry (KCCI) Muhammad Al-Saqer warned of the record rise in the prices of many goods and services, particularly the prices of metals and building materials, reports Al-Rai daily. He said he is expecting this large and rapid rise to render many suppliers and contractors unable to implement their contracts with the ministries and state institutions. In another letter he addressed to the Minister of Commerce and Industry Dr. Abdullah Al-Salman, Al-Saqer warned that the consequences of this deficit, the imposition of penalties on them, and perhaps their exit from the market, would be severe for all parties without exception, and even for the public funds in the foreseeable future.

Expressed
Meanwhile, the officials of the Ministry of Commerce and Industry expressed their understanding of KCCI’s warnings, indicating the expectation of being exposed to a new wave of price hike at higher rates than before, which requires the liberalization of prices similar to the neighboring countries. The letter revealed that the world witnessed a record rise in prices between April 2020 and April 2021, in many economies and for many goods and services, especially minerals and building materials, the highest in the last three decades. According to the figures of the London Metal Exchange, the price of a ton of copper between June 2020 and June 2021 increased from $5,350 to $10,250 (nearly 100 percent). The price of a ton of iron rose by up to 80 percent during the same period and that of aluminium rose by 56 percent. Timber prices rose between 70 percent and 167 percent.

The rate of inflation in Canada and the United States reached 40 percent. The price of a barrel of crude oil rose from $ 43 to $72 (by 68 percent) between June 2020 and June 2021 . In this regard, the letter explained that the record rise in prices is due to suspended production or that it slowed down sharply as a result of COVID-19 pandemic, which paralyzed the whole world. Demand rose rapidly after the recovery of the major global economies, especially China, which is the largest consumer of metals in the world. There is also a significant increase in the use of renewable energy and in the electric car industry. While the optimists expect the wave of price hikes to abate in 2022, others believe that it will continue, and may increase momentum until mid-2023.

Stated
The letter stated, “With a direct reflection of this global and unexpected crisis on the prices of raw materials locally, we find that the rise in prices has caused severe damage to Kuwaiti factories, especially those specialized in electrical projects, where copper constitutes a very high percentage of their costs. It also caused serious harm to general trading and contracting companies, which exhausted them all and affected their ability to carry out projects and ensure public supplies that they contracted from the last quarter of 2019 until the end of the first quarter of 2021.

They are contracts whose cost has been calculated based on the prevailing prices in global markets. When bids are submitted and before the unusual and unexpected rise, these companies will incur heavy losses that many of them cannot bear, for reasons completely beyond their control and management, and whose circumstances are difficult to anticipate. Locally, we must highlight that the global rise in the prices of metals and building materials is exacerbated by three main reasons – the high cost of sea freight, the increase in the wages of expatriate labor in factories and construction projects, and the long period between the date of submission of bids and the date of signing contracts in most public tenders for construction and supply”. The letter concluded in the following manner, “The Chamber trusts your Highness’s keenness with your esteemed government to address this issue in a balanced manner economically, financially and legally, and within the framework of the public interest. It also realizes that addressing the foreseeable problem is difficult to be accomplished by exchanging notes and in the absence of adequate and detailed information on the number, size and nature of the contracts in question, which cannot be provided except with the cooperation of knowledgeable government agencies, institutions and companies contracting with them”. 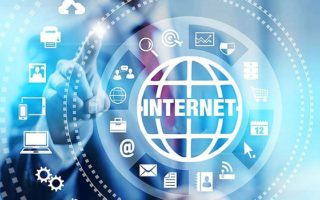 Improvement in Internet services in 2021.

MOI denies writing off traffic fines for Kuwaitis and expats

Banks back to work from tomorrow

‘60s’ issue back to square one – Court pours cold water on PAM decision.