Instant fine of KD 50 against violators of health measures including wearing mask.

The Health Affairs Committee has decided to impose an immediate fine of KD 50 on anyone who does not comply with the health requirements including wearing a mask. In its report on the amendment of the Health Precautions Law to prevent communicable diseases, the committee stated that the law currently in force is devoid of a reconciliation clause in view of the severe penalties, which is a fine of KD 5,000 and imprisonment for three months, due to which the committee imposed a fine.

The report highlighted that, as per the amendment, violations in public places, gatherings, taxis and public transportation will be monitored, and immediate fine will be imposed on violators in cases other than those mentioned in Article 3 and Article 17 that pertain to deliberately spreading the pandemic. It stressed that “reconciliation” will reduce pressure on the judiciary and achieve the desired deterrence.

The report indicated that the committee had reservations about granting the Minister of Interior the power to determine the cases in which reconciliation is not permissible in order to reduce any arbitrariness and achieve legislative stability, as this task was left to the executive regulations. In its report, the committee said it legalized granting the status of judicial police, and kept it for the employees of the Ministry of Health in the places affiliated with the ministry, or subject to its control and supervision. It refused to grant the Minister of Health the authority to delegate people from other parties, without prejudice to the judicial scrutiny established for the members of the police force.

Austria warns against traveling to Kuwait.

No plans for imminent visit to Kuwait by Indian prime minister.

Some people push Kuwait’s economy deliberately down the drain. 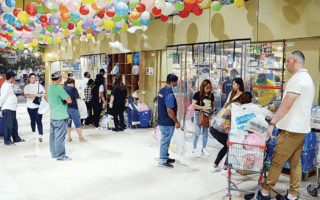 Study on increase in the cost of living.

Public authority for roads is ‘all set’ for rainy season.

97,612 expats above 60 yrs of age will not be able to renew their residence