Covid jabs ‘slow down’ in Ramadan.

While the government and health authorities are racing against time to vaccinate groups and other segments included in the national campaign, with the aim of acquiring the community immunity, the global vaccination index shows Kuwait has remarkably declined in the daily average of vaccination in the first five days of Ramadan. The number of people vaccinated until yesterday was 819,000, an increase of only 46,000, compared to the total number of vaccinated people last Tuesday — the first day of the month of Ramadan — reached 773,000, which means that the daily average of vaccination in the first week of Ramadan was estimated at 9,200 people injected per day.

For its part, informed health sources told Al-Seyassah about the decrease in the daily vaccination rate in the country, pointing out that if the Ministry of Health continues to vaccinate 10,000 people per day, it will actually succeed in reaching the first million before the end of Ramadan, but this is absolutely not enough to fight the pandemic and reach community immunity in a timely manner. The sources emphasized that the slowdown in health reflected negatively on catching up with the global immunization train, after the rate for vaccinated people fell on the first day of Ramadan and along with that Kuwait dropped to the 47th place instead of the 44th globally, and continued to decline until yesterday pushing Kuwait to 48th in the world among the 177 countries that have begun vaccination against the virus.

8 women sworn in as judges in Kuwait in historic first. 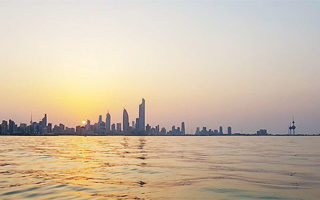