MP Badr Al-Humaidi submitted a proposal for the ministries and other public institutions to specify the number of expatriate employees who or their relatives suffer from chronic psychiatric and nervous system diseases and are undergoing treatment in Kuwaiti hospitals. The proposal mandates the Ministry of Interior to take legal procedures in order not to renew the residencies of these expatriates, taking into consideration the humanitarian aspects which require the support of Kuwait to complete their treatment in their home countries.

Al-Humaidi pointed out that according to official records, the number of files of expatriates suffering from psychiatric diseases reached 37,000 from 1953 till date. This costs the State a large amount, in addition to the social and security repercussions. He clarified that terminating the services of these expatriates does not contravene the humanitarian policy adopted by Kuwait as it will continue following up cases which need support during receiving treatment in their countries and it will contribute to the cost of treatment. He submitted another proposal to assign the different directorates at the Civil Service Commission (CSC) to appoint Kuwaiti consultants in order to replace the expatriates within one year starting from the approval of the proposal.

National Assembly Speaker Marzouq Al- Ghanim invited the MPs and government to the ordinary legislative session slated for April 13, 2021 and the supplementary session on April 14, 2021. The ordinary session will be held at 12:30 pm in case April 13 is declared as the first day of the holy month of Ramadan. The agenda of the session includes four grilling motions — three against HH the Prime Minister Sheikh Sabah Al-Khalid and one which was filed by MPs Ahmed Mutei Al-Azmi and Soud Bu Sleeb against Minister of Health Dr Basel Al- Sabah. MPs Hamdan Al-Azmi and Muhammad Al- Mutair filed one of the motions against HH the Prime Minister; another by MPs Hassan Jawhar, Mehalhal Al-Mudaf and Muhannad Al-Sayer; and the third by MP Musaed Al-Ardi. The agenda of the government will be discussed during the session, in addition to a number of incoming letters concerning proposals to assign parliamentary committees and the State Audit Bureau (SAB) to investigate certain financial and educational issues.

The session will include deliberations and voting on various reports as follows:

■ Report on the proposed amendments to the first reading of the bill to revise the publishing, printing and audiovisual laws;
■ Report of the Interior and Defense Affairs Committee on the proposal to revise the constituencies in order to add new areas to existing constituencies stipulated in law number 22/2001;
■ Report of Minister of State for Municipality, Housing and Urban Development Affairs Shaya Abdulrahman Al-Shaya on the financial status of housing projects included in the plan for fiscal 2019 /2020.

This is in line with the amended law number 14/2016 which exempted the Public Authority for Housing Welfare (PAHW) from the regulations of the Central Agency for Public Tenders (CAPT) and the advance monitoring of SAB for five years which ended on March 31, 2021.

Cleaning fees not hiked to KD120. Minister calls for committee to ‘probe’ financial and administrative violations. 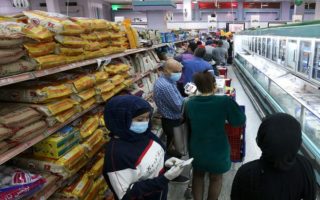 The Cabinet approves direct flights to 12 countries from 1st July.

Neymar picks Indian boy based in Kuwait to play with him.