Parliamentary groups are currently holding consultations to present a draft law aimed at introducing radical and urgent amendments to the law establishing the Kuwait Fund for Arab Economic Development (KFAED), with the aim of redirecting its programs or the largest part of them to Kuwait to serve development projects as one of the alternatives to diversify the sources of income in favor of the state so that the country can benefit from the KFAED investments.

The sources indicated that the parliamentary orientation will go further, as the proposal – which is being worked on – includes stopping all loans and grants provided by the KFAED for several years, until the financial crisis in the country subsides.

The sources said it is unreasonable and unacceptable in these difficult circumstances for Kuwait to assist the strategic development projects in other countries, while it is forced to withdraw from the Future Generations Reserve Fund to cover the budget deficit.

The sources believe the amendments can contribute to addressing the liquidity scarcity dilemma by pumping money in development and strategic projects inside Kuwait only, stressing that saving the Kuwaiti economy is more important than supporting the economies and projects abroad. On the other hand, Al-Seyassah learned that Foreign Minister Sheikh Dr. Ahmed Al-Nasser asked for a two-week time limit to respond to the flood of parliamentary questions forwarded by 15 MPs regarding KFAED saying the time is needed to investigate, inquire and request data about the fund’s work and its expenditures and the countries that have received loans and grants as well as the activities, businesses and profit ratios of the fund. It is noteworthy to make a mention here that MP Faris Al-Otaibi had submitted a proposal for a draft law last January to suspend the work of the Kuwait Fund for Arab Economic Development for a period of five years and direct support to the state budget.

Friday prayers at more than 1,000 mosques this week

Vaccinating with two different vaccines may cause harm. 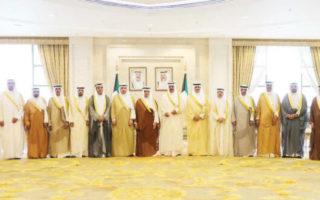 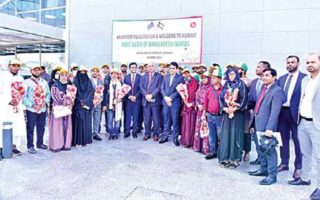