Assistant Undersecretary of the Ministry of Interior for Residency Affairs, Major General Anwar Al-Barjas, stated that an amendment to the residency law is currently being prepared and presented to the concerned authorities for approval.

The number of expatriates with valid residence permits stranded outside Kuwait reached 426,871 from August 23, holders of expired residency are not entitled to enter the country.

Regarding the opening visas to visitors Major General Anwar Al-Barjas stated that the issuance of visas of all kinds for all nationalities has been stopped until further notice, and are waiting for instructions from Ministry of Health.

In a special interview to Al Anba, Assistant Undersecretary of the Ministry of Interior for Residency Affairs, Major General Anwar Al-Barjas said

“First of all, everyone is waiting for amendments to the residency law, which will have significant implications for modifying demographics, Corona crisis revealed about the defects in this area, so when these amendments are made they will be implemented”

“The Residency Affairs Sector is in constant contact with the competent authorities at the Ministry to request the issuance of the necessary legislation and appropriate laws for the presented problems or cases that may arise and have not been addressed or are not addressed according to the current laws, the amendments are currently being prepared to the residency law and at present it is with the concerned authorities for approval.”

“The number of expatriates with valid residency permits outside the country amounted to 426,871, till August 23, expired residency holders cannot return to Kuwait. Entry visas are issued according to the expat residence law and it is valid for a specific period which entitles the expat to enter within specific period. After the expiry of the visa you cannot enter in the country.”

“The issuance of entry visas of all kinds for all nationalities has been stopped until further notice, issuing of visas will be done for all visas as usual immediately after Instructions are received from the Ministry of Health .”

“Regarding increase in fees for obtaining entry and visit visas as previously mentioned the Foreigners’ Residence Law is being amended and these amendments will be announced upon approval.”

“Expats in Kuwait whose work contracts have expired or whose residency or entry visas have expired as of 1/1/2020 have been allowed to leave the country without paying any fines, in addition the state paid for their travel expenses and have allowed them to return back again when the conditions return to normal. Violators who have not left the country within the period specified in the ministerial decision, Article 7 of the same ministerial decision shall apply to them, which stipulates “Whoever violates the residency law who does not leave the country within the time limit mentioned in Article 1 of this legally prescribed penalties will be charged, he will not be authorized to reside, he will be deported from the country, and he will not be allowed to return to it again.”

“Whether or not the residency is granted, is in accordance with the conditions that have been determined under the Foreigners Residence Law and its implementing regulations.”

A campaign to target the violators

“A security source suggested that an major campaign would be launched to prosecute violators of the residency law after the opening of the airspace and the normal transfer of flights to and from Kuwait, pointing out that the current circumstances do not allow the implementation of such campaign”

No renewal of visitors. The

Source ruled out that the Deputy Prime Minister and Minister of Interior issued a decision granting visitors and violators any new extension till end of November, considering the six months granted to visitors were exceptional par excellence due to the closure of a number of countries’ airspace. The visitors should leave before the grace period expires in order to avoid paying fines.

Banks get tough in granting loans to expatriate workers 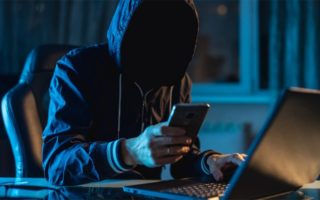 Municipality fails to notice as camps spring up in many areas.

Despite of warnings and strict checking violation of curfew continues 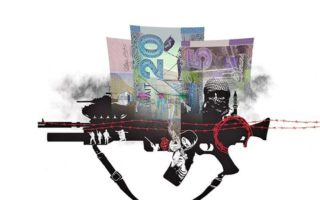 US will monitor Kuwait on laundering, terror funding.