The Kuwaiti Cabinet has decided to lift a countrywide partial curfew as of August 30, but some activities will remain restricted. The decision was announced by the Kuwaiti government’s Spokesman Tareq Al-Mezrem on Thursday evening. Restrictions on large gatherings, including weddings, social gatherings, banquets, receptions and funeral ceremonies would remain unchanged in a bid to curb the spread of the novel coronavirus (COVID-19), the spokesman stressed.

The announcement marks the end of over five months of curfew in Kuwait, the longest in the country’s history as the government scrambled to prevent the spread of the novel coronavirus by imposing periods of partial and total lockdown. Kuwait had first enforced a countrywide curfew on March 22, from 5:00 pm to 4:00 am, which was later extended to end at 6:00 am (modified during Ramadan to start from 4:00 pm until 8:00 am), while allowing restaurants and food stores to make home deliveries from 5:00 pm until 1:00 am.

In its early steps to counter the spread of COVID-19, the government had decided to close all shopping malls, beauty salons and barbershops, while allowing supermarkets, restaurants and shops to host a maximum of five people at a time and in case there are lines, the distance must be at least one meter between people. The Ministry of Commerce had launched a website (www.moci.shop) to enable people to book appointments to shop at co-operative societies in their respective areas.

Total curfew
Kuwait then moved to total curfew which was imposed from May 10 to May 30, allowing room for people to walk out for daily exercise between 4:30 pm to 6:30 pm, and to shop at co-ops and supermarkets once every six days during the curfew hours by making an appointment through www.moci.shop. Following the end of the total curfew, the government announced a five-phase plan for a gradual return to normal life.

The first phase began on May 31, and during which a daily curfew was imposed from 6:00 pm to 6:00 am, which was later reduced to start on 7:00 pm and end at 5:00 am starting from June 21. Activities resumed in the first phase included home deliveries of restaurants, telecommunication companies, food retailers, companies’ transportation of employees, gas stations, private clinics and car workshops.

The second phase, which started on June 30, saw the curfew shortened to be between 8:00 pm and 5:00 am, while resuming work in the government and private sectors with the workforce being less than 30 percent, in addition to resumption of constructions, banking sector, pickups from restaurants, as well as reopening of commercial complexes, malls, parks, and other places of leisure between 10:00 am and 6:00 pm.

Phase three began on June 28. The curfew was set from 9:00 pm to 3:00 am, government and private offices were able to operate with up to 50 percent capacity, mosques were allowed to host Friday prayers with strict social distancing and health precautions observed, malls were opened from 10:00 am to 8:00 pm, taxis were allowed to resume operations as long as they carry only one passenger, while resorts, hotels and furnished apartment businesses were allowed to reopen. Fourth phase
Kuwait moved to the fourth phase on August 18, allowing more businesses to resume operations including sports gyms and stadia, barbershops, beauty salons, health resorts and tailors. State departments and privately-owned establishments were allowed to have over 50 percent of their workforce in attendance as part of phase four. Meanwhile, the fourth phase allowed customers to be seated at restaurants and cafes, and public transport to resume while committing to social distancing rules.

Kuwait had placed several densely-populated areas under total lockdown for various periods throughout all stages of curfew. Mahboula and Jleeb Al-Shuyoukh were first put under lockdown on April 6, followed by Farwaniya, Khaitan, and Hawally which remained under lockdown after the country moved on from total curfew on May 31. The lockdown ended in Hawally and Khaitan on June 21, in Mahboula and Jleeb Al-Shuyoukh on July 9, and in Farwaniya on July 26.

There is currently no timetable for the start of the final phase of return to normalcy, which is likely to remain on hold pending the availability of a vaccine that allows life to go back to normal as it was before COVID-19 emerged. Until then, it also remains possible that the government re-imposes a curfew at some point if it is deemed necessary to counter a potential coronavirus outbreak.

‘Cost of recruiting domestics at KD 990’.

‘Life is precious’ to study COVID effect on people with disabilities. 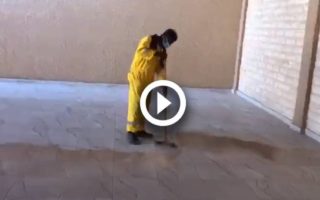 Municipality cleaners not permitted to clean in schools.