In a surprising find, surgeons in China discovered a glass cup inside a man’s rectum – and he won’t say how it got there.

The Shanghaiist reports that the glass cup remained ‘up there’ for a full two days before the man rushed to the emergency room in unbearable pain at 2 am in the morning, screaming for help.

When surgeons took a look at his X-ray, they discovered an 8-centimeters-tall glass cup inside his bottom. It could even lead to his death if not removed carefully and quickly, reports the Shanghaiist. 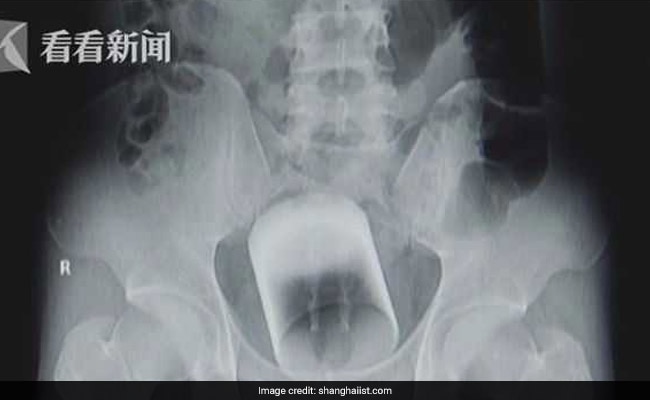 Doctors first tried to retrieve the glass cup but found it too slippery to pull out. They then resorted to surgery to remove the cup from his abdomen.

Afterwards, the unidentified man, reportedly in his thirties, spent some time recovering at the hospital. However, he refused to tell doctors how the cup ended up there.