Revenge is a dish best served cold. That’s what security guards of a residential complex in China did to a woman who left her car in the driveway of an apartment complex blocking the entrance for several hours. When repeated pleas by security guards fell on deaf ears, they took matters in their own hands.

The woman was reportedly leaving the apartment complex in Benxi city but when asked to pay the parking fee, she flatly refused. After an argument with the security guards, she parked her car right in front of the security station, blocking the way for other vehicles. When the woman came back after 38 hours, her car wasn’t where she had left it. With the help of a crane, the apartment authority moved the car out of the way. It was now on top of the security guard’s station right next to the entrance. 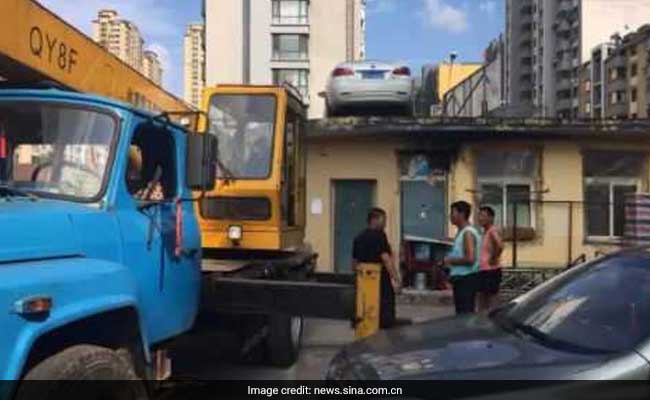 It was after several hours of the car blocking the driveway that authorities called a crane.

Photos and videos of the car perched on top of the structure were widely shared on social media.

The woman and the authorities eventually settled the dispute at the local police station following which the car was brought down and the woman (hopefully) learnt her lesson.

‘Road Redemption’: The classic game ‘Road Rash’ is back with a new name

Indore Man Drives His Porsche Without Mask Amid Lockdown, Made to do Sit-ups