Karan Johar To Aishwarya, Here Are The Big Winners At Indian Film Festival of Melbourne Awards

Johar was honoured with the leadership in cinema award.

Thank you #IFFM2017 …truly humbled by this….it's been a wonderful and warm time in Melbourne! pic.twitter.com/SyGn0Bz84C

“I feel so blessed… especially to be a part of this absolutely amazing year, to be nominated with films like ‘Dangal’, ‘Pink’ and ‘Baahubali’, which I felt so proud to be associated with in a tiny way,” Johar said.

The fest will screen Johar’s latest movie Ae Dil Hai Mushkil along with 60 other films. The director will also hold a special masterclass.

Rajkummar Rao who bagged the best actor award in the special jury category for his role in Trapped, also took to Twitter to share his joy.

Thank you Indian Film Festival of Melbourne 4 this recognition. #BestActorSpecialJury. This one is 4 the whole team. #VikramMotwane #Trapped pic.twitter.com/g3g6XInppe

Sushant was named best actor for his role in M S Dhoni: The Untold Story, while the best actress honour went to Lipstick Under My Burkha star Konkona.

“I’m extremely honoured and grateful to IFFM and the jury for appreciating my performance. The last time when I was in Melbourne, I was dancing behind Bollywood stars as a background dancer at the Commonwealth Games event. Today being recognised as the best actor feels great,” Sushant said. 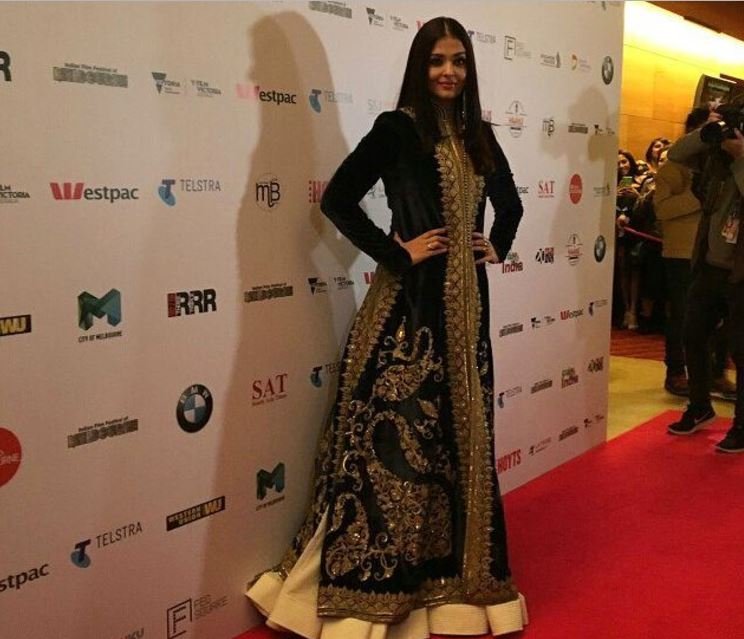 The award for excellence in global cinema was given to Aishwarya.

“I would like to dedicate the honour to every talent, every director who believed in me and gave me the opportunity to do the kind of work that I have done in cinema,” she said.

Nitesh Tiwari won the best director award for Dangal and also shared the people’s choice award with Baahubali 2: The Conclusion.

“I would like to take this opportunity to thank people all over the world for giving so much love to ‘Dangal’. It is the first international award for the film,”Tiwari said. Singers Akriti, Prakriti and Sukriti Kakar performed during the award ceremony, which also featured a special performance by children and young adults with down syndrome.

The 43-year-old actor, who was accompanied with her five-year-old daughter Aaradhya, said it was a moment that she will never forget.

The 13-day long fest will culminate on August 22 with the screening of Raveena Tandon’s film Shab and Tramjatra, a documentary which details the unexpected and incredible relationship struck between Melbournian tram conductor Roberto D’Andrea and Kolkata’s Trammie community of Kolkata, India.

Dangal and Bahubali 2 stole the show at IFFM 2017 with galore of awards. The list of the winners at Westpac IFFM include:

Mom rides 1,400 km on scooter to bring back son stranded in lockdown