The government subsidy for fuel in Kuwait is an ongoing controversial issue, between studies calling for lifting subsidies to raise the state’s budget resources and insistence on continuing to pay international price differences to support citizens, reports Al-Rai daily. According to a statistical study of the numbers, Kuwait is among the cheapest countries in the world in the selling price of fuel (gasoline – diesel), where the average sale of a liter is 95 fils, compared to 185 fils in Saudi Arabia, 175 fils in Qatar, 335 in the UAE, 135 in Bahrain, and 445 in the United States of American and the UK 700 fils. It is known that the low price in Kuwait is due to the support provided by the government to all consumers, citizens and expatriates, so that they benefit from the reduced price.

According to the figures, the annual cost of fuel (gasoline – diesel) is about 976 million dinars, while the selling price is about 651 million, which means that the difference exceeds 300 million dinars. The difference between Kuwait and other countries widens significantly when compared to the revenues from selling fuel.

If Kuwait sells annually for about 652 million dinars, then Saudi Arabia sells the same amount for 973 million, Qatar at 1.15 billion, and Bahrain 976 million, and the value in the UAE rises to about 2.23 billion, and to about 4.6 billion in the UK and 3 billion in the US. Given the demographics, in which citizens constitute only about 30% and 70% of residents, this is also reflected in fuel consumption, as the percentage of expatriates who have driving licenses constitutes about 55 percent of the total number of granted licenses, which amount to about one and a half million licenses.

By analogy, about half of the value of the financial subsidy paid by the government for fuel actually goes to support expatriate consumption of gasoline and diesel, in addition to the global price difference that Kuwait loses due to the failure to lift the subsidy or restrict it to citizens only.

Pakistan to send Doctors, Nurses and Technical staff to Kuwait to combat Coronavirus 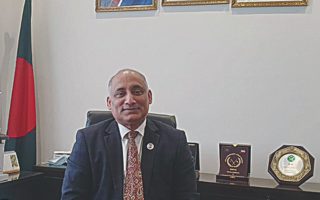 Message from Bangladesh Ambassador to Kuwait. 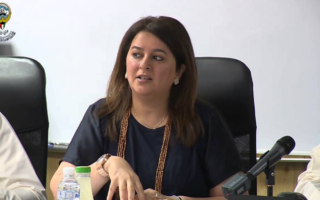 Al-Faris gets tough on violations.