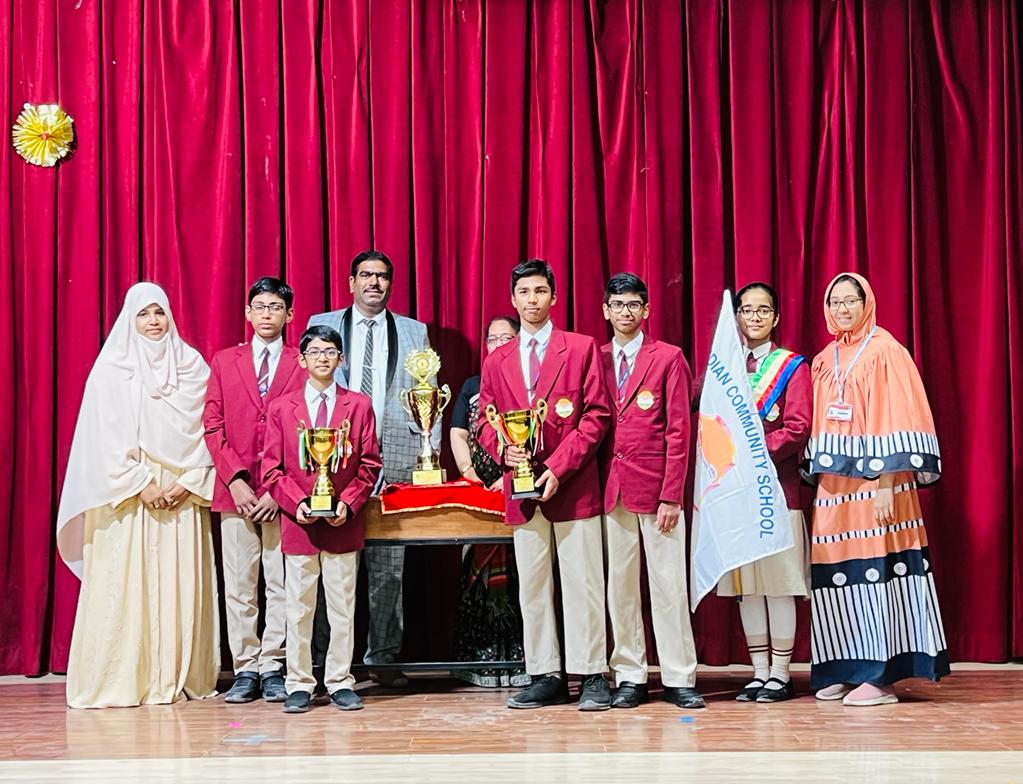 An inter-school quiz competition was organized by the Bengali Cultural Society on 23rd September 2022, Friday. The teams from all Indian schools competed for the preliminary round and the finale round, the latter consisting of a variety of rounds namely- audio visual round, namesake round, connectivity round, guess the merged faces of personalities etc. Soon after the written preliminary round, the much-awaited time had arrived – the declaration of finale teams. 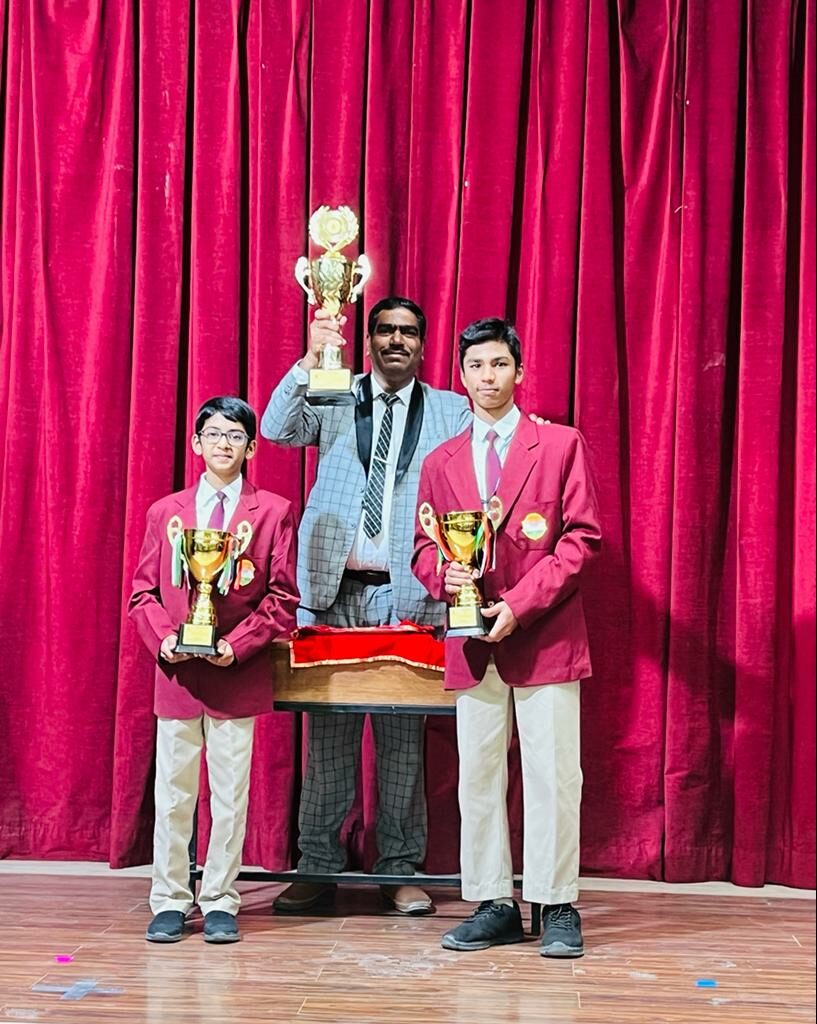 The flag bearer of ICSK Khaitan, Miss Malavika Vinod proudly waved the school flag when the host announced that The Indian Community School Khaitan was one of the top 6 teams going to the finale round. Both the teams of ICSK Khaitan had successfully qualified for the preliminary round, moving forward to the finale round. As only one team from each school could enter the finale round, team of Aman and Madhav stepped down, but their spirit and valour to encourage and cheer their friends stayed intact. 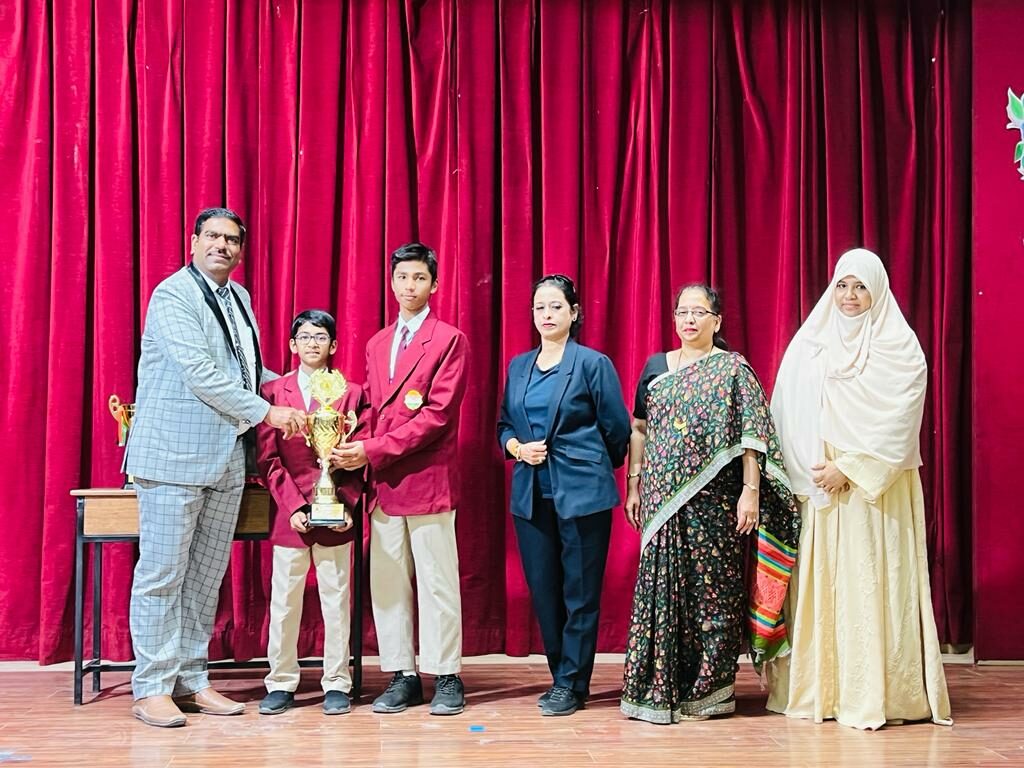 “Learning gives creativity, creativity leads to thinking, thinking provides knowledge and knowledge makes us great.” With this thought in mind, the students of ICSK Khaitan rapidly answered the questions showing their vast horizon of knowledge. On finishing each round, the ICSK Khaitan team gained confidence as they consistently stayed the top scorers. The Team members of ICSK Khaitan; Ayman and Muhamed Risshan made a strong team, they discussed and mindfully answered the questions. All schools actively participated making the competition tough yet enriching and exciting. The last round started with mild anxiety in mind but complete faith in the team. And there it was, The Indian Community School Khaitan stood first in the quiz competition. The team Ayman and Muhamed Risshan won the most prestigious quiz competition in Kuwait! 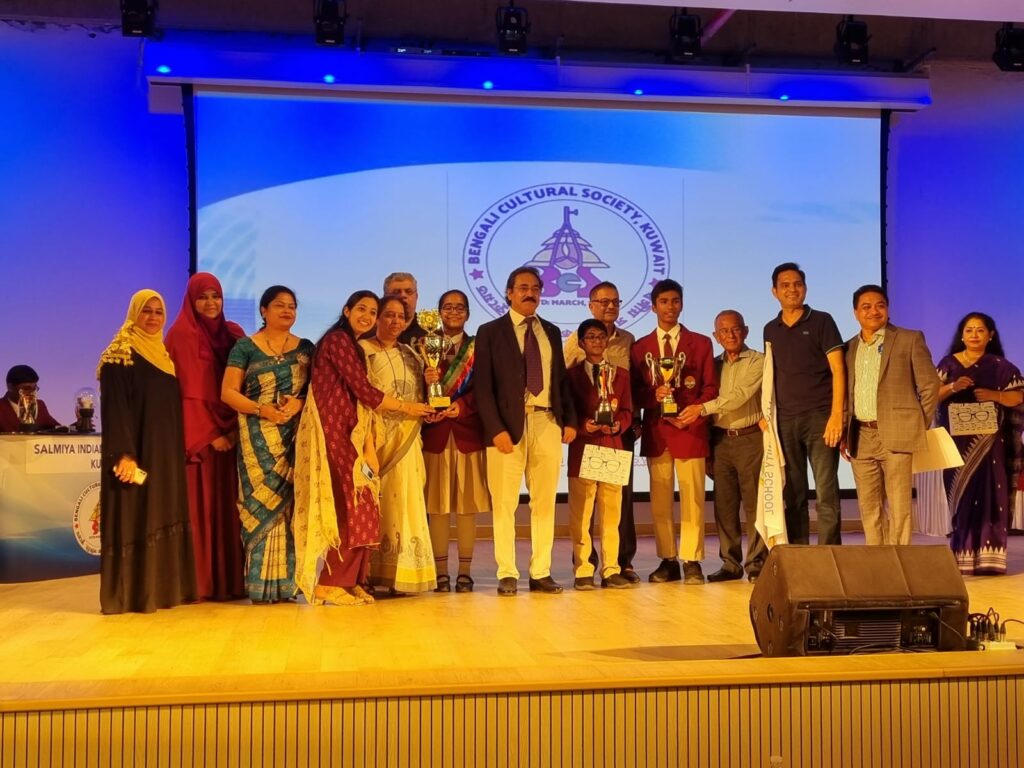 As the students held the trophy high up, the weight in the hands was lighter than the pride in their hearts. The winning team won huge trophies, a great cash prize of 400KD and two Al Jazeera airplane tickets. Master Ayman and Master MuhamedRisshan truly encompassed the quote “VeniVidi Vici” – “I came, I saw, I conquered”. 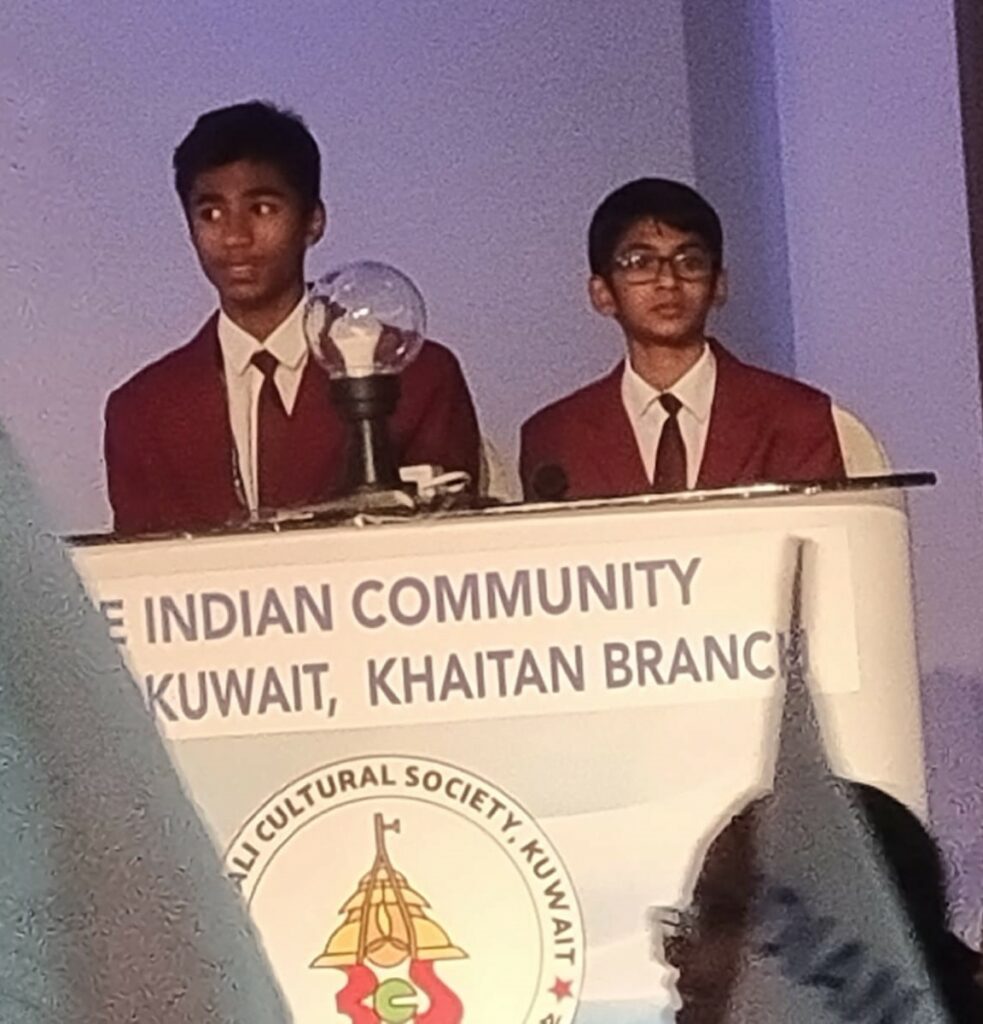 The evening bore victory for ICSK Khaitan and sowed the seeds of hope and wish that the trophy comes home every year. 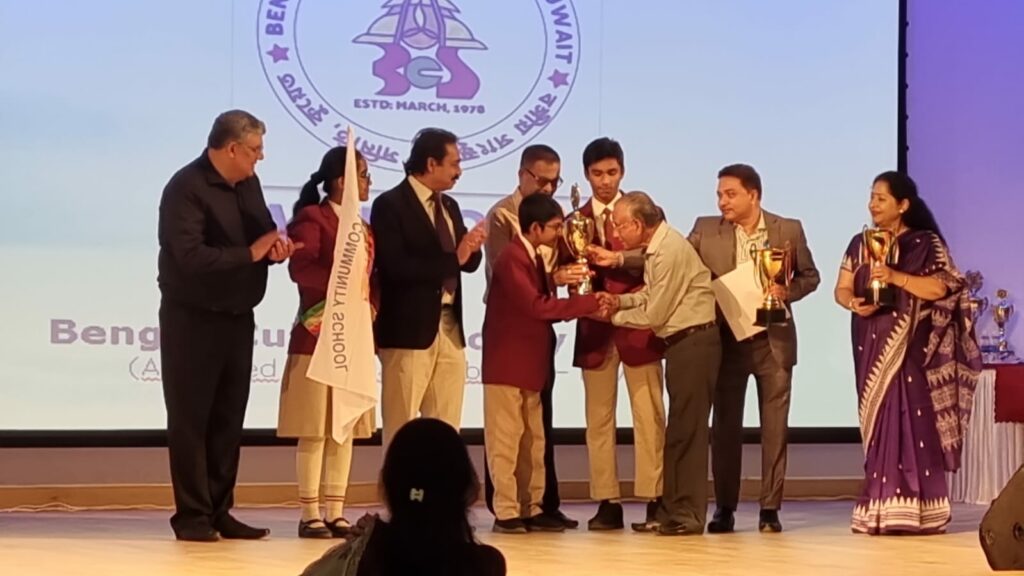 The teacher guides of both teams Ms Anjana, Ms Ambika, Ms Umme Fathima, Ms Alefiya, MS Sana and Dr Vinod prepared and accompanied teams to achieve this success. The entire ICSK Khaitan family including the Hon. Management congratulated the winning team and appreciated their performance in the most prestigious quiz competition among Indian Schools in Kuwait. 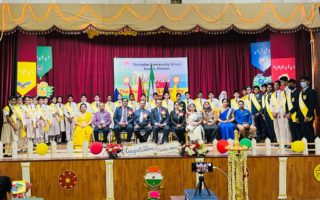 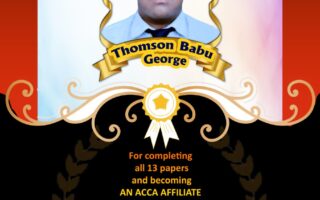