His Highness the Amir Sheikh Nawaf Al-Ahmad Al-Jaber Al-Sabah on Saturday addressed a cable to King Charles III, the Monarch of Great Britain and North Ireland, expressing deep congratulations on his crowning as the Monarch. His Highness the Amir wished King Charles III all success in pursuing the process of development witnessed in the friendly United Kingdom, hoping his leadership will bolster further the UK eminent status and guide the nation to pursue its leading role at the international level, noting that bases of this process had been laid by the late Queen Elizabeth II, the Queen of Great Britain and North Ireland.

Moreover, His Highness the Amir expressed profound pride of the deep-rooted, solid and historic relations bonding the two gracious families, friendly people within the framework of mutual understanding and cooperation, joint keenness on elevating these ties and broadening the cooperation in various spheres in a fashion that would bolster the strategic partnership between the two friendly countries.

His Highness the Amir also wished His Majesty King Charles III and the Royal Family all wellbeing, the United Kingdom and the friendly people more progress and prosperity under the sagacious leadership.

His Highness the Deputy Amir commended the historic deep-rooted relations between the two ruling families, countries and friendly nations, wishing well being to the ruling family, and further progress and prosperity to the UK under the wise leadership of King Charles III.

Deputy Prime Minister, Minister of Defense and Acting Interior Minister Sheikh Talal Khaled Al-Sabah Saturday sent a cable of congratulations to British Secretary of State for Defence Ben Wallace on the proclamation of King Charles III as monarch of the United Kingdom of Great Britain and Northern Ireland.

Condolences
His Highness the Amir earlier offered condolences to His Majesty King Charles III, the British Royal Family and the friendly British people after the passing away of Her Majesty Queen Elizabeth II on Thursday. In his cable, His Highness the Amir expressed his and Kuwaiti government and people’s deep sorrow and sympathy over Queen Elizabeth’s death. He recalled with pride Her Majesty’s efforts over the past decades that boosted the high status of the UK on the international stage as well as her effective contribution to world issues.

His Highness Sheikh Nawaf noted that the whole world had lost with her death a great leader who was wise, experienced and far-sighted. His Highness the Deputy Amir and Crown Prince Sheikh Mishal Al-Ahmad Al-Jaber Al-Sabah sent a cable of condolences on Thursday to King Charles III of Britain and Northern Ireland expressing his deep sorrow over the demise of Queen Elizabeth II.

His Highness the Deputy Amir and Crown Prince also extended his condolences to the British royal family and to the people of Great Britain during this difficult time. His Highness the Prime Minister Sheikh Ahmad Nawaf Al-Ahmad Al-Sabah sent on Thursday a cable of condolences to King Charles III expressing his deep sorrow and sincere sentiments over the demise of Queen Elizabeth II. 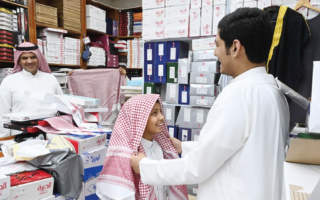 Kuwait welcomes Eid with joy after 2 years of curbs.

New residency rules for expat employees aged 60 and above. 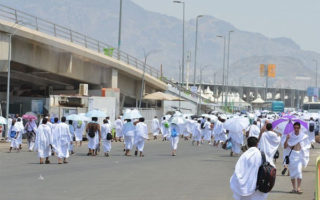 Awqaf to control pricing for Hajj. Implementation of integrated tax system expected to take 3 to 4 yrs. 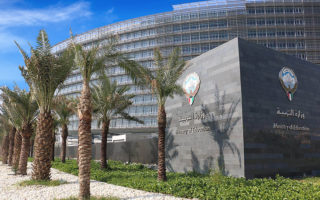