Mayorships may be on the way out.

Nearly 62 years after its inception under Law No. 9/1960, the position of “Mayorship” appears to be on the way of being abolished. Soon it will become a thing of the past like many jobs and professions that existed in the past and were later abolished.

In this context, informed sources explained that the Deputy Prime Minister, Minister of Defense, and Acting Minister of Interior Sheikh Talal Al-Khaled asked the legal authorities in the Council of Ministers for an opinion on defining the powers of the Minister of Interior in terms of taking a decision to cancel the “mayor” position. The trend to abolish the mayor’s position is based on the comprehensive changes pursued by the government to interpret on the ground the last speech of His Highness the Amir, delivered by His Highness the Crown Prince, and to address the imbalances and areas of waste. The roles and tasks that were entrusted to the mayors in the past have been greatly reduced.

For example, the powers that were granted to them were transferred to new bodies that were created in the state ministries such as the Public Authority for Civil Information, the Department of Births and Deaths in the Ministry of Health, and Residency Department for Expatriates, which is affiliated with the Ministry of Interior. The rest of the powers are now confined to one main aspect, which is “expressing to the ministries the needs and desires of families in various aspects”.

Kuwait’s Crown Prince thanks Amir for putting trust in him.

‘Big difference in temp in Kuwait for 7 years’. 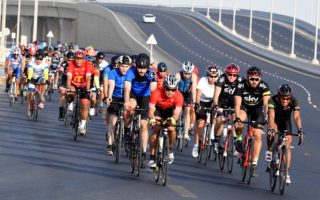