Taliban militants attacked protesters Wednesday in eastern Afghanistan who dared to take down their banner and replace it with the country’s flag, killing at least one person and fueling fears about how the insurgents would govern this fractious nation. While the Taliban have insisted they will respect human rights unlike during their previously draconian rule, the attack in Jalalabad comes as many Afghans are hiding at home or trying to flee the country as allegations of abuses by the loosely controlled militant organization grow.

Many have expressed dread that the two-decade Western experiment to remake Afghanistan will not survive the resurgent Taliban, who took control of the country in a blitz that took just days. Taliban leaders talked Wednesday with senior Afghan officials about a future government. In a potential complication to any effort to stabilize the country, the Central Bank chief warned that American sanctions over the Taliban’s terror designations threatened Afghanistan’s economy, which already is dangerously low on hard foreign currency. One figure who was not at the talks talking place in Kabul: Afghan President Ashraf Ghani, who fled as the Taliban closed in on the capital. The United Arab Emirates acknowledged Wednesday that they have taken him and his family in.

Protest
In an early sign of protest to the Taliban’s rule, dozens gathered in the eastern city of Jalalabad and a nearby market town to raise the tricolor national flag, a day before Afghanistan’s Independence Day, which commemorates the 1919 treaty that ended British rule. They lowered the Taliban flag – a white banner with an Islamic inscription – that the militants have raised in the areas they captured. Video footage later showed the Taliban firing into the air and attacking people with batons to disperse the crowd. Babrak Amirzada, a reporter for a local news agency, said the Taliban beat him and a TV cameraman from another agency. A local health official said the violence killed at least one person and wounded six.

The official spoke on condition of anonymity has he wasn’t authorized to brief journalists. The Taliban did not acknowledge the protest or the violence. It was a rare resistance to their rule. In the days since the Taliban seized Kabul on Sunday, the militants only faced one other protest by a few women in the capital. Still, there’s been no armed opposition to the Taliban. However, videos from the Panjshir Valley north of Kabul, a stronghold of the Northern Alliance militias that allied with the U.S. during the 2001 invasion of Afghanistan, appear to show potential opposition figures gathering there. That area is in the only province that hasn’t yet fallen to the Taliban. Those figures include members of the deposed government – Vice President Amrullah Saleh, who asserted on Twitter that he is the country’s rightful president and Defense Minister Gen. Bismillah Mohammadi – as well as Ahmad Massoud, the son of the slain Northern Alliance leader Ahmad Shah Massoud. It remained unclear what they’re next steps would be.

Efforts
The Taliban, meanwhile, pressed ahead with their efforts to form an “inclusive, Islamic government.” They have been holding talks with former Afghan President Hamid Karzai and Abdullah Abdullah, a senior official in the ousted government. Mohammad Yusof Saha, a spokesman for Karzai, said preliminary meetings with Taliban officials would lead to eventual negotiations with Mullah Abdul Ghani Baradar, the top Taliban political leader who just returned to the country from Qatar. Karzai and Abdullah met Wednesday with Anas Haqqani, a senior leader in a powerful Taliban faction called the Haqqani Network. That network, once allied to the U.S. during the war against the Soviets in Afghanistan, was blamed for a series of devastating suicide attacks amid the U.S. war in Afghanistan.

The Haqqani Network, like the Taliban at large, face U.S. sanctions. Trying to flee the country by air, hundreds of people remained outside Kabul’s airport on Wednesday, already the scene of deadly chaos. The Taliban demanded to see documents before allowing the rare passenger inside. Many of the people outside did not appear to have passports, and each time the gate opened even an inch, dozens tried to push through. The Taliban fired occasional warning shots to disperse them. Even those who made it inside the airport faced problems, however. Sam Lerman, an Afghan who formerly worked with the U.S. military, said American troops turned him away even after the State Department told him to come for a flight – saying he needed a green card. Meanwhile, the United Arab Emirates acknowledged that Ghani and his family were in the Gulf country in a terse, one-sentence statement. “The UAE has welcomed President Ashraf Ghani and his family into the country on humanitarian grounds,” it said. The Taliban have blown up the statue of a Shiite militia leader who had fought against them during Afghanistan’s civil war in the 1990s, according to photos circulating on social media Wednesday. 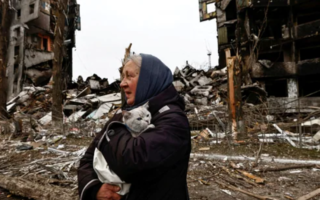 Kangana slams Twitter CEO after ban on Trump, asks him to not preach. 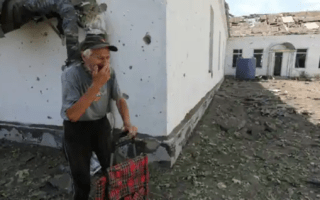