The Kuwaiti mead fish, the most desired by the consumers is nowhere to be found in the Kuwait fish markets, reports Al-Rai daily. When the daily went on a tour of the fish market in Souk Sharq there was no trace of mead fish which otherwise was found plentiful during this time of the year. When asked, the fishmongers said the reason is fishing trawlers are banned from catching fish in the Kuwait Bay after the Public Authority for Agriculture and Fish Resources and the Environment Public Authority started a campaign to punish fish trawlers catching fish in the Kuwait Bay. The fishermen affirmed “the mead fish is found in plenty only inside the bay, and no one can catch it because of the expected penalties, including the administrative deportation decision if anyone is caught fishing for mead.” Meanwhile , after discovering several dead fish in the Khuwaisat area of Kuwait Bay, the concerned authorities have taken samples to laboratories to figure out the causes for the death of the fish, reports Al- Qabas daily.

According to the Environment Public Authority (EPA), the dead fish seen in Kuwait Bay include Dalaa, Shamahi and Zubaidi types. They originate from the waters in the southern regions, and are not usually found inside the bay. There are various sources of harm to the marine environment particularly the Kuwait Bay which cause the death of fish. They include sewage water, overfishing, abandoned nets, red tide, lack of water circulation, and deterioration of sea water quality due to wrong human activities. In addition, the high temperatures at the present time and the low water level coming from the Shatt al-Arab increases salinity and changes the physical and chemical properties of seawater. Temperatures to drop significantly on Saturday.

New Indian envoy stresses on depth of ties with Kuwait. 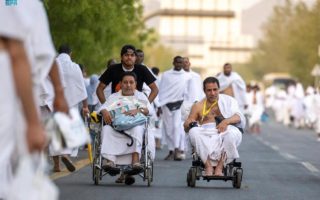 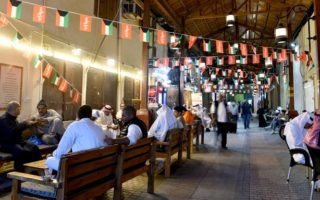 ‘Restaurant sector has yet to recover from pandemic crisis’. Security beefed up on New Years Eve in Kuwait.