Minister of Interior Sheikh Thamer Al-Ali is said to have rejected requests submitted by directors-general from various sectors to renew their term of office, reports Al- Anba daily. The daily added, the requests were turned down from officers who have reached the legal age for retirement. According to a security source, the Interior Minister’s move comes within the framework of his keenness to inject new blood into the ministry and said this is also within the framework of a new policy to be implemented in all military sectors.

The source stated according to the new trend officers in the rank of brigadier who have reached the age of 56 are to retire, pointing out that undersecretaries who are sixty and above and in the event they submit requests for extension will also be rejected, which means senior officers who have reached the age of retirement will have to make place for younger people. The source stated according to new procedures many general managers will be sent into retirement and that they have already been informed of the decision that has been taken in this regard.

Received
Meanwhile, Sheikh Thamer Al-Ali received yesterday at the Ministry of Interior headquarters a number of citizens to discuss the complaints that were submitted to him by all service sectors of the ministry, reports Al-Anba daily. The Minister also received the Board of Directors of the Women’s Cultural and Social Society and during the meeting a number of common issues were discussed which will help increase coordination and cooperation between the security establishment and civil society institutions. The minister stressed the support and backing of the Ministry of Interior for all activities of the Women’s Cultural Social Society to help the society play its role in community service. The members of the association thanked the Minister for the warm reception and praised the role of the Ministry in overcoming obstacles faced by the civil society institutions. It is noteworthy to mention the Minister of Interior receives citizens at the Ministry of Interior headquarters in Subhan every Monday from nine in the morning until twelve in the afternoon.

Hike employment support by 10% for Kuwaitis in industrial sector. 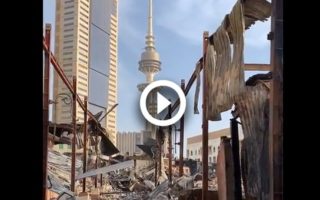 Preventing delivery bikes on highways comes into effect as of Sunday. 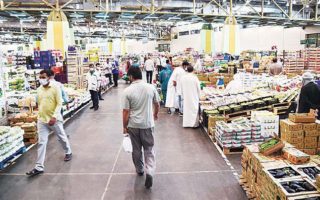 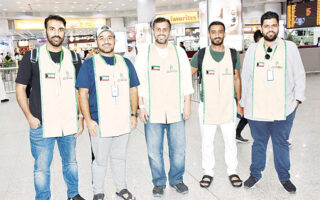