The proposed law prohibits all forms of dealing, normalization of ties, and conclusion of any agreements, protocols, and meetings of any nature with the Zionist entity or any its organizations around the world either directly or indirectly. It prohibits citizens and residents from sympathizing, participating, or calling for dealing or normalization through any means or insinuation that calls for cooperation, communication, contact, participation, or dealing with the Zionist entity and its organizations. It criminalizes travel to Israel either with a passport or without a passport, as well as all kinds of support, glorification, promotion or propaganda for any cultural, media, religious, social and other business transactions under any other name in covert or explicit dealings with the Zionist entity by any means. The proposed law punishes those who violate its provisions with imprisonment for a period between one year and three years and/or a fine of maximum KD 5,000.

Kuwait ranks first in the Gulf for smoking.

Health insurance for expats to increase to KD 130. His Highness the Amir receives body of Sheikh Sabah Al-Ahmad. 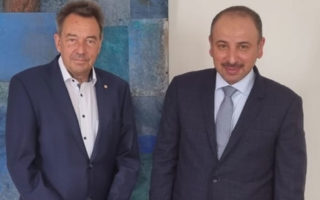