Kuwait stands in ‘solidarity’ with friendly people of India.

The Assistant Undersecretary for Social Development at the Ministry of Social Affairs, Hana Al Hajri, revealed the launch of urgent donations campaigns for the relief of the people of India on May 18.

Al-Hajri said, “The campaign comes in coordination with the Ministry of Foreign Affairs, and the generalization of various charity institutions to launch their relief projects and participate in the relief campaign,” noting that participating in the campaign will be the Indian diplomatic mission in Kuwait.

Al-Hajri stated the aim of the campaign is to alleviate the suffering of the Indian people, based on the humanitarian and pioneering role that Kuwait plays at the popular and international levels, and to make room for the large Indian community present on this good land to contribute to the support of their country.

She went on to say, “The campaign will be under the direct supervision of the ministry, as is usual in such cases, through the associations wishing to collect donations must submit an official letter to the ministry requesting the organization of a relief campaign, provided that the association is accredited by the Ministry of Foreign Affairs.”

In the context, Kuwaiti Ambassador to India Jassim Al-Najem announced the day before yesterday the arrival of a Kuwaiti aid ship to Mumbai port – part of the continued flow of liquid oxygen to meet the shortage in hospitals to save thousands of lives of those infected with the new virus.

In a statement to Kuwait News Agency (KUNA), Ambassador Al-Najem indicated after the arrival of the aid ship is the continued flow of oxygen and urgent Kuwaiti medical aid to India, explaining that the aid ship that arrived was loaded with 75 metric tons of liquid oxygen in addition to a thousand oxygen cylinders.

He said that the arrival of more ships continues through the sea bridge established by the State of Kuwait to support India in facing the spread of the mutated coronavirus.

He pointed out that the State of Kuwait, with the huge quantities of liquid oxygen, which will reach 1,400 metric tons during the next two weeks, is one of the countries in the world that supplies India with oxygen, stressing the State of Kuwait’s keenness to alleviate the suffering of the friendly Indian people during this health disaster and the exceptional circumstances India is going through.

Last week, three Indian navy ships arrived at the port (Mangalore) in the state of Karnataka, south India with 140 metric tons of liquid medical oxygen and 1,600 oxygen cylinders loaded from the Shuwaikh port in addition to a Kuwaiti military plane loaded with 40 tons of oxygen concentrators and respirators. 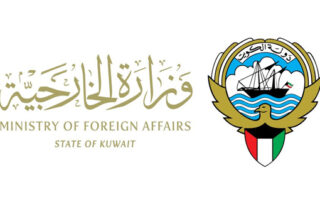 The world’s cheapest and most expensive cities for expats to live in 2021. 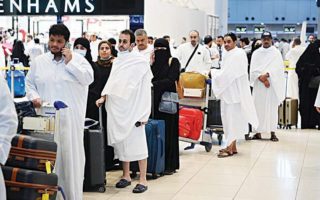 ‘Over half million to travel during Eid holidays’. 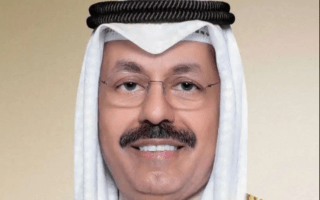