Chairman of the Supreme Advisory Committee for the Coronavirus Pandemic, Dr Khaled Al-Jarallah, said the national vaccination campaign speeds up enabling government departments to increase the number of employees in all departments, reports Al-Rai daily. Al-Jarallah said effective vaccines, dosing stages, the distribution of vaccination sites and the stability of supply will increase the frequency of vaccination, warning that negligence in adhering to preventive precautions prolongs the duration of the crisis and its repercussions.

The report touched on the lack of a mechanism of government contracts during the crisis, and the lack of prioritization of disbursement in the various agencies, which caused the deviation from the goal of disbursement and an increase in the amounts spent. The inspections resulted in supply to the stores of the Ministry of Health masks that are valid for a period not exceeding three years from the date of their production. As per the monthly consumption rate during the pandemic, what will be consumed within three years will not exceed 238 million masks. Therefore 412 million masks will expire, which is a value of approximately KD 45.5 million, thereby exposing the state to these losses.

At the end of its report, the State Audit Bureau recommended the following:
1 – Take all necessary legal measures regarding the observations made by the bureau, both in this report and those included in the annual reports regarding the expenses for the COVID-19 crisis.
2 – Reconsider previous legislation issued to confront disasters and crises, and make use of the experiences and information gathered through the management of the COVID-19 pandemic.
3 – Set general plans and policies for managing crises and disasters, harness the capabilities available in the state, and form a supreme committee to manage contracts in order to face any future crisis, get out of them with the least risks and costs, and develop them in the future in line with the actual reality of the state.
4 – Study the possibility of establishing a special cash fund for emergencies that the country goes through in order to manage various crises. It must be funded annually from state revenues to facilitate disbursement procedures, without negatively affecting the state’s budget and its annual plan.
5 – Activate the framework agreements for collective purchase of government agencies, in order to provide similar basic needs between agencies such as medicines, medical supplies, etc.
6 – Establish and support local industries and products of primary medical supplies and food items in accordance with the international standards adopted to meet the basic needs of the state.
7 – Reconsider the regulations related to relying on the private meetings of the procurement committees through modern means of communication in order to avoid preventing them from convening, and thus taking decisions without the participation of the largest number of specialists in the relevant decision.
8 – Continue to hold remote meetings between regulatory agencies and government agencies, as well as between government agencies, because of their importance in facilitating procedures, reducing the red tapes and tightening control.

In a preemptive step initiated by the possibility of continued delays in the arrival of the third batch of the AstraZeneca-Oxford vaccine to the country, the Ministry of Health is planning to provide some primary healthcare centers, which are designated to administer COVID-19 vaccinations, with special refrigerators to store the Pfizer vaccine under specific cool temperatures to ensure the pace of vaccination is not hampered, reports Al-Qabas daily quoting informed sources. They explained that the ministry is preparing to provide Musaed Al-Saleh in Shaab, Al-Siddiq, Al-Masayel, Al-Naseem and Mutab Al-Shalahi in Ishbiliya health centers with refrigerators for storing the Pfizer vaccine.

Process
This is aimed to resume the vaccination process in the health centers, which was stopped for days due to the delay in the arrival of the third batch of the Oxford vaccine. The second batch of Oxford vaccine will be administered to some of the people who received the first dose a few months ago. It is likely that they will start administering the vaccine in the first week of May. The sources revealed that the resumption of vaccination using the Pfizer vaccine in the five health centers will relieve the pressure on the Kuwait Vaccination Center at the international fairgrounds, and will contribute to accelerating the pace of vaccinations, which has currently reached about 28 percent of the total population. They said the Pfizer vaccination process is ongoing while the ministry is awaiting the arrival of the third batch of the Oxford vaccine.

Employees to get full salaries for May without any deduction of loan installments. 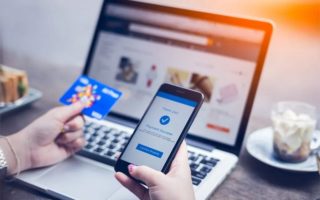 Kuwaitis and expats spent over KD 10 bn on online shopping.