‘Replace expats except the support staff, with Kuwaitis within one year’.

MP Abdullah Al-Turaiji has called for rationalizing the financial support that Kuwait grants to other countries in light of the low oil prices and the major negative economic consequences of coronavirus.

The lawmaker also forwarded queries to Minister of Finance Khalifa Hamada about all the amounts of grants given to other countries from 1990 to 2020. He requested for details such as the amount granted to every country and the criteria adopted in distributing grants.

Agenda
Al-Ghanim disclosed that according to Article 135 of the National Assembly Decree, HH the Prime Minister has been informed about the grilling motion and it was included in the agenda of the upcoming session.

Al-Dahoum and Al-Mutair submitted the grilling motion, which consists of one item – selective enforcement of the law, after Minister of Interior Sheikh Thamer Ali Al-Sabah decided to refer 140 citizens, including 16 MPs, to the Public Prosecution for violating health regulations when they attended the press conference held in the house of Al-Dahoum to support him in the appeal filed against his parliamentary membership.

In another development, MP Marzouq Al-Khalifa submitted a proposal to allocate a health center for the expatriate workers, apart from Jahra Health Complex.

He pointed out that the health complex which is supposed to be allocated for the residents of Old Jahra is always crowded as a large number of expatriate workers are residing in various parts of Jahra Governorate.

MP Badr Al-Humaidi submitted a proposal for public institutions and ministries concerned with national security and State sovereignty such as the Ministry of Interior, Ministry of Defense, Ministry of Foreign Affairs, Amiri Diwan among others, to replace all expatriate employees, except the support staff, with Kuwaitis within one year.

The Legal and Legislative Affairs Committee on Monday discussed a number of bills including the general amnesty proposal of MPs Hesham Al-Saleh, Ali Al-Qattan and Adnan Abdulsamad. Chairman of the committee MP Khalid Ayed Al-Anzi disclosed that they will summon the representatives of the ministries of Interior and Justice to listen to their opinions about the abovementioned proposal.

Amnesty
He added the committee rejected the proposal of MP Adnan Abdulsamad to grant amnesty to those convicted of certain crimes as it was presented to the previous Assembly and it was rejected as per the opinions of the relevant institutions. He said the committee approved the bills on increasing the pension of retirees and referred them to the concerned committee which will then submit a report in this regard to the Assembly. He pointed out that the bills are similar in terms of the idea of increasing the pension, but they vary in terms of the proposed amount of increase and period of granting the increase.

He went on to say that the committee also approved two bills on civil services in order to organize the advertisements for public sector vacancies, indicating the priority for recruitment will be as follows: citizens first, followed by children of Kuwaiti women married to non-Kuwaitis, Bedouns, other GCC citizens and other nationalities. He added the committee discussed the bill on housing welfare, which is aimed at specifying the installments for houses based on a certain percentage of the salaries of beneficiaries. Working time during Ramadan should not exceed four and half hours. 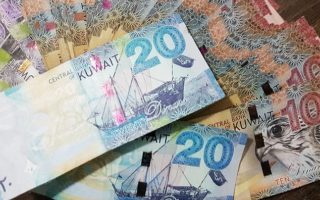