Policybazaar, the country’s largest insurance aggregator, is set to list on the bourses via a ₹4,000 crore initial public offering, which will see it dilute a 15% stake, while seeking a valuation of almost $3.5 billion, two people with direct knowledge of the company’s plans told Mint on the condition of anonymity.

Etech Aces Marketing and Consulting Pvt. Ltd, the parent of Policybazaar and Paisabazaar, invited proposals from at least eight investment banks for the proposed IPO, and will shortlist the merchant bankers for its public offer next month, said one of the two people.

“At least six merchant bankers are expected to be given the mandate to manage the IPO. The company has a vast loyal customer base so renewals generate revenues; the number is increasing steadily as more people are preferring to transact online for safety, ease of understanding products; saving time by availing instant neutral advice from the aggregator by comparing plans before buying a suitable insurance,” he added.

Despite the Centre’s initiatives to offer health insurance plans for the less privileged, overall insurance penetration in India still remains abysmally low at around 4% as in 2017, according to state-owned India Brand Equity Foundation.

Reliance to use Future deal to get edge in FMCG space.

Accenture to lay off 5% global workforce; 10,000 in India at risk of losing jobs. 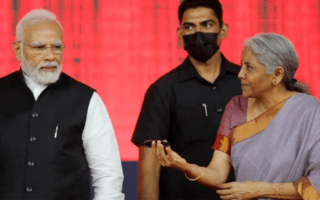