Congress veteran Motilal Vora passes away at the age of 93 in Delhi.

Senior Congress leader Moti Lal Vora passed away at a Delhi hospital on Monday. He was 93.

He breathed his last at Fortis Escort Hospital in the national capital.

A former chief minister of Madhya Pradesh, Vora was a Rajya Sabha member from Chhattisgarh. He has also served as the All India Congress Committee (AICC) treasurer for 16 years till 2018. The post was handed over to another senior leader Ahmed Patel after a reshuffle by the Congress president Sonia Gandhi.

Patel died in a Gurugram hospital on November 25 after having tested positive for Covid-19 in October.

‘We don’t interfere in other countries’ affairs’. 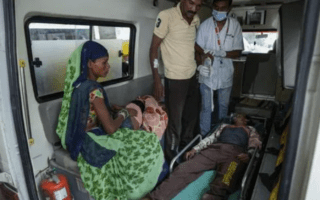 More steps coming, Delhi Covid situation should be under control in 7-10 days: Kejriwal.