Increased risks from rise in ‘joblessness’.

The State Audit Bureau, in its assessment report on the efficiency and effectiveness of the employment system at the Civil Service Commission (CSC) during the period from 2017 to 2018 when compared to 2016, warned of increased risks from a rise in the unemployment rate due to the growing number of those registered with the central employment system who are not candidates, in the absence of an effective role by CSC, reports Aljarida daily. The bureau stated in the report that, “The total number of those who reject positions in government agencies and those who are rejected from these agencies since the introduction of the central employment system until 2018 has reached 72,894, including 49,341 women”.

It highlighted the absence of rules governing the number of times a candidate can refuse officers, which has led to an increase in the number of cases of rejection by candidates, to such an extent that a female candidate has refused a job 52 times. The bureau criticized the work of the CSC, as its role is currently limited to coordination between government agencies and job seekers and lacks tangible effectiveness in manpower planning despite its powers and specializations.

The most prominent recommendations of the Central Employment Follow-up Committee included that those registered in the system are allowed to reject their nomination only four times to four different government agencies, provided the rejection is from the candidate and not from the entity that nominates him.

Flaw
The State Audit Bureau affirmed that there is a flaw in determining the rates of salary increase based on qualifications and age groups as a result of the sub-university qualification exceeding all qualifications in increasing the average salary per hour at a rate of 51 percent.

To ensure balance, the bureau provided 12 recommendations, most notably of which is the development of a comprehensive central employment plan that takes into account the actual needs of the labor market and avoids any shortage of specializations and surpluses.

It indicated an increase by 338 percent in the total number of qualified registrants who were not nominated to work during the analysis period in 2017, but the number of non-job candidates jumped by 3,215 percent in 2018 compared to 2016, which led to failure in nominating almost 29 percent of those who were qualified for that year.

The bureau stated, “It is evident from the above that there is an increase in the risk of a rise in the number of unemployed, despite the nomination of most of the registrants. This is due to the growing number of those registered with the central employment system and the number of non-candidates, which poses a challenge to the CSC in providing job opportunities for future graduates”.

According to the report, the total needs of government agencies for rare specialties, which are not registered in the central employment system, amounted to 1,217, including six specialties. The social service specialization ranked first with 564 needs, representing 46.3 percent of the total, followed by the specialty of printing and archiving with 324 needs.

Kuwait opens vaccination for people over 65 without appointments. 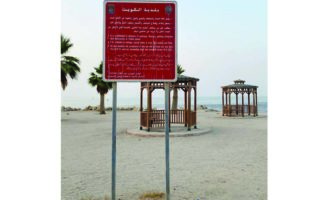 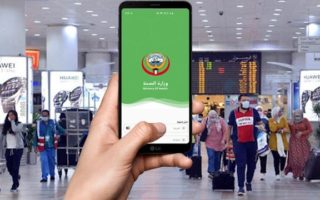 Local fish returns to tables after absence of more than 6 months.