Older Entry KPRS to honour ‘front-line’ workers for their sacrifices.
Newer Entry IT jobs must go to Kuwaitis.

Reliable sources from the education sector revealed about major surprises regarding the passing rate of the 12th graders, warning of an admission crisis that will extend for the coming two years in higher education institutions due to the collective pass plan that grants the right to 38,000 students to obtain a university seat, including students who failed in four or five subjects, while these institutions can hardly absorb the annual output that has usually been around 25,000, reports Al-Rai daily. They ruled out the possibility that the Ministry of Higher Education would deal with these outputs by raising the acceptance grades, because it was raised two years ago.

The sources stressed that the absorptive capacity of private universities and the Public Authority for Applied Education and Training (PAAET) is limited, indicating that time has passed for applying for scholarships as the colleges in Europe, America and most countries around the world have already started admissions.

They highlighted that those who set the pass plan have also put obstacles in the way of these institutions and in the way of the new minister of education in the event of a government change, and in light of the absence of any criteria for accepting students in these institutions. The sources indicated that there is no solution other than to open a government university as a matter of urgency in the old buildings of Kuwait University.

Older Entry KPRS to honour ‘front-line’ workers for their sacrifices.
Newer Entry IT jobs must go to Kuwaitis.

‘Don’t show discrimination in giving bonus to workers’ – All must be paid equally. 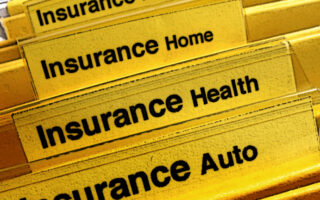 DGCA and MOH coordinate regarding PCR tests for passengers.

Organized events reason behind spread of coronavirus in Kuwait.

Kuwait keen on boosting cooperation with WHO.