In a horrific instance of human-animal conflict, an elephant in north Bengal trampled a man to death when he stepped out of his vehicle on a highway to take a photograph of the tusker.

The incident took place at 5 pm in Lataguri forest area of Jalpaiguri district. The elephant brought traffic to a grinding halt when crossing National Highway 31.

Sadik Rahman, 40, a security guard at a Jalpaiguri bank, was on his way to work at the time and made the unfortunate mistake of getting out of his car to take photographs of the animal.

Witnesses looked on as the elephant launched a vicious attack on Mr Rahman and could do little to deter or chase it away. After 15 minutes, the elephant disappeared into the forest.

Mr Rahman died of his injuries on the spot.

“Elephants are common in this area; they cross this highway almost every day and the custom is no one steps out of their vehicle. Sadik dared to confront the elephant and got killed,” a forest official said.

According to records of the state’s forest department, incidents of human-elephant conflict killed 84 people last year. Several elephant have also died after being hit by trains.

Help Is Pouring In For Mumbai Auto Driver With Paralysed Wife, Forced To Drive Around All Day With Toddler In His Lap

Hit By Truck, Dragged For Metres. She Made It Out Alive In Shocking Video

Baby Was Born With Her Heart Outside Body – And Survived 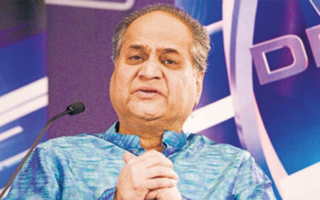 This Man Was Filmed Singing At A Railway Station. Millions Are Listening

This man live-streamed his entire life continuously for 365 days.