Older Entry Seven killed, 94 injured in massive explosion in China
Newer Entry The Photoshoot of Audi R8 Was Done Without Using The Car!

To every traveller out there looking for an all-round destination, Dubai is the place to be. Sprouting from the desert and becoming a booming centre of leisure and business in just 20 years, Dubai as a city has a lot more to it than what meets the eye. From having a thriving art and design ecosystem to an ever-changing food scene that excites even the most unimpressed of eaters, Dubai presents a level of cultural diversity that is really hard to match. But don’t let me rant on, let these 10 reasons make you want to take the first flight out!

1. The view from the tallest building in the world is unmatched.

You can actually see the curvature of the freaking Earth from the Observatory on the 148th floor of the Burj Khalifa. There, I’ll let that sink in. 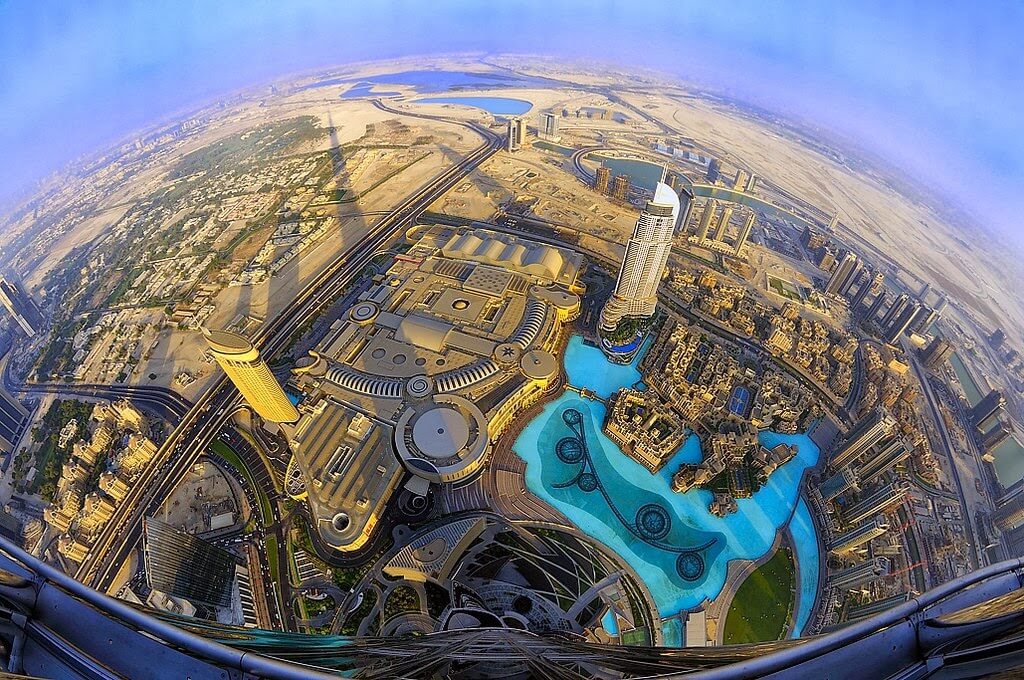 2. With over 1200 branded stores, The Dubai Mall is the largest mall in the world.

And that’s not all. While we mere mortal men and women have seasonal sales, Dubai boasts of a month-long shopping festival. What’s more, not only does it have a plethora of contests and giveaways but winners also get anything from cars to gold. Yeah, you read that right.

3. You can ski in the middle of the desert…

Well, not exactly on the sand, but in what is one of the world’s largest indoor ski resorts. At 85 meters high and containing 5 slopes, it also has the world’s first 400 m long indoor black run. You know what this means right? Wheeeeeeeeee!

Believe me when I say that your average dancing fountain has got nothing (nothing, I say!) on the Dubai Fountain. Almost a 1000 ft long, it shoots water up to 500 feet up in the air to contemporary music from various genres.

5. Soak in the glory of the old masters and the new.

If you’ve got an eye for art, you will find a personal paradise in Dubai. From localized art districts to state of the art galleries catering to the upper echelons, the art scene in Dubai is as varied as the city itself. Couple that with the ongoing art festivals on any given day in the city, you can paint the town however you want!

The Palm Jumeirah in Dubai is the world’s first and largest man-made island, and it is a real whopper! Home to multi-million dollar mansions (owned by some of the world’s biggest celebrities) and five-star hotels, I’m 900% sure this is where the Rich Kids of Dubai come from.

7. Also, the Baywatch-esque coastline is what all beach-lovers need.

If you want to escape the metropolitan vibes, the beach in Dubai is the perfect place to let loose and relax the eff out. Add that to the city’s amazing coastline and sunshine that persists for more than 10 months of the year, you’ve got an amazing mixture of sun, sea and sand!

8. It’s the Mecca of Mega-festivals.

Move over, end of season sales and music concerts. With the number of events, expos and fests that the city hosts throughout the year, it is quite literally impossible to fall short of things to do here. Sports, entertainment, automobiles, culture, music, food, movies, shopping – you name it, they’ve got it.

9. If you’re an adrenaline junkie, Dubai is where you will get your fix.

Rest assured, Dubai is not a place that does anything halfway. So, whether it is taking the world’s fastest elevator to the Burj Khalifa observation deck or anything from helicopter rides to snorkeling to scuba diving, you will never want for adventure here.

10. Not to mention, it is heaven for foodies. *cue ethereal music*

Whether it’s the mega-all-you-can-eat-till-you-quite-actually-burst Dubai Brunches (which can get out of hand pretty quickly, I’ve heard) or the spectacular range of food available in the city, the city’s flavors will explode on your taste buds. Arab, Persian, Lebanese and Indian to Filipino, Chinese, French & British: whatever your choice of delicacy, you will not be disappointed.

Older Entry Seven killed, 94 injured in massive explosion in China
Newer Entry The Photoshoot of Audi R8 Was Done Without Using The Car!

Airline cabins of the future: A new golden age of travel?

Get visa-free 4-day stay at Singapore, Qatar, here’s how

Swimming in the train? Taipei turns metro car into pool for Universiade 2017